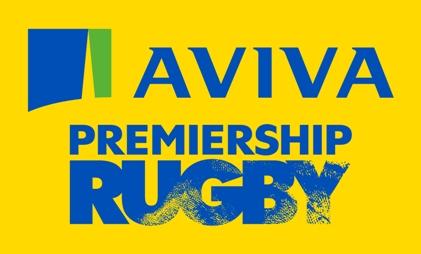 Breaking News: Wasps extend their lead at the top, with a bonus point win. Newcastle Falcons have now become cut adrift, following wins by Tigers and Bath, and the Falcons losing to Saracens.

Links
League Quick Links:
Fixture List
European Homepage
Transfer Quick Links:
Released/Championship/National League/Academy Bidding
Foreign Transfers
Transfer Confirmation Page
Misc Quick Links:
Injuries
Budgets
Welcome to Season 10 of the Aviva Premiership fantasy rugby game.  Below are the rules of the game which must be adhered to.
If there are any situations that arise in the course of the game which is not covered by the rules, a final decision will be made by the RFU (Fluxy) as to how the situation will be resolved.

Be aware that all tier one international matches which are played during the season will count in the game, and players selected in the matchday 23's for those matches will not be eligible to play for their clubs on that weekend, therefore you must give due consideration to the make-up of your squad.

Academy Rules:
Academy Rules
Each team will be allowed to have an academy squad of 20 players. Players who are in the academy must be born on or after 1st September 1995.

Any player, who is at any Premiership club in real life, either in their senior, academy or AASE squads, can be bid for on the domestic bidding page. Players who are at your own club in real life and are coming through the academy system must be bid for if you want them in your own academy.

Managers may choose to release players from their clubs, for which they will be offered compensation

Compensation will be paid as follows

All released players will be deemed to have joined a Championship side and can be bid for on the National League Bidding page.

There will be no compensation for retiring players. Should a player who retires decide to come out of retirement and play again, then he will automatically go back to the club who he was playing for in the game when he retired.

There will be 22 Aviva Premiership games per season, plus the playoffs. There will also be European Rugby Champions Cup, European Rugby Challenge Cup and Anglo Welsh Cup matches. These games will take place once a week. A match thread will be put up every Monday. Home teams must be named by midnight on Tuesday. Away teams must be named by midnight on Wednesday. Failure to meet these deadlines is punishable by the addition of three match points to the oppositions final score, unless both sides fail to do so. Both teams must provide tactics by midnight on Thursday. Predictions will be open from 00:01 hours on Friday and remain open until 20:00 hours on Sunday. Managers will pm the scores that they think will happen from these games (apart from games in which they are involved). An average of all predictions will be taken, and then 0.5 points added to each teams score for each prediction that had them as the winner, and that will then be the final score.

Managers are asked to provide detail as to why they have predicted a result. To be considered a descriptive prediction this must be a full 3 lines long when entered into the text box.

When naming your team, not only should you put the starting XV and replacements, but also tactics that your team will employ. Results will be affected by the tactics described.

In addition, each team must have the following:-

For domestic competition at least 8 England qualified players in your match day 23, and at least 4 of those must be in your starting XV.

For European competition at least 8 England qualified players in your match day 23, and at least 6 of those must be in your starting XV.

At least 2 props and 1 hooker on the bench.

All players must be eligible (not injured or banned).

Failure to comply with these rules will result in a 1 league point deduction.

Injuries in this game do NOT reflect real life, they will be generated.

Players banned in real life will be ineligible for selection in this game for the duration of the ban.

The inclusion of injured/banned players will result in them being replaced by players on the bench, and the bench not having eight players, which may result in punishment if it concerns the front-row.

Punishment for fielding an ineligible player will be loss of one match point.

There will be no rewards for the result of an individual match, instead, the managers will receive cash for predicting.

£2m for descriptive predictions
£0.25m for scores on the doors predictions
Bonuses will be awarded on a scaled basis i.e. £2m for 5 games, £1.6m for 4 games and so on
If you fail to predict without first advising me that you are unable to do so that week, you will be fined £1m for a first offence, £2m for a second offence, £3m for a third offence etc upto a maximum of £5m per fine.

If your budget falls below minus £10 million for any reason, the administrators (Fluxy) will step in and players from within your squad will be released for the relevant financial compensation (foreign transfer value) in order to bring your budget back above minus £10 million.

Fluxy wrote:Just attempted creating a league and says that the draft finished for season 2017 in March

I'm happy to do whatever, as long as we have people to commit a league! Be it the old Euro league, or a reboot of the 'current' system, which would be about the perfect timing considering all the European draws have just been made, and the season hasn't kicked off yet.

I'm in for whatever. Only issue is I'm away for August in america so may have issues with drafts and time differences.

Right then everyone, who wants to get a Euro style league going for a bit?

If we want to start an AP style game, that needs to be started now.

I'm in for whatever, but let me know what you want to do, and, more importantly, want you can commit too.

That's two for whatever then...

So is anyone up for this fantasy rugby draft? Will need to get on it this week.....

Im in for a draft

Can't commit to this, sorry guys