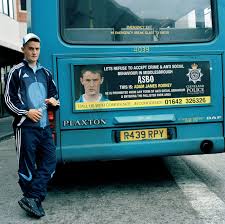 Schedule
The cup games will take place midweek on the following schedule:

Team Selection
Team selection and tactics are due in by the close of Monday before the game. Failure to submit will result in forfeiting the game.
You will select a starting XI only, no subs.
You should provide tactics, but they should be no longer than 10 lines (bullet points)
In the preliminary round, teams are only required 2 U21 and 2 British players.
From the quarter finals onwards, your team must contain 3 British players.
A player qualifies as British if they are eligible to play for the national sides of England, Wales, Scotland or Northern Ireland.
For the quarter finals onwards, your team must have 3 U21s.
A player qualifies as U21 if he is born on or after 23rd September 1990.
The U21s and British quota can be the same players.
On your team selection, you should highlight who are the English and U21 players.

Results/Voting
Voting is not compulsory. It is encouraged, but there is no punishment if you do not vote.
We will all vote on results.
When voting, we will only state who we think will win – no scoreline, scorers or explanation required.
You will not be able to vote for a draw.
You will not vote on games involving your side.
The team with the most votes, wins the game.
In the event of a tie, Afros’s vote will be the casting vote. If the game involves Afro's team, Viva's vote will be casting vote.
You will not receive Sponsor's win bonuses when winning a cup game. They are for league games only

Schedule for cup weeks
Tactics in - by 10pm Monday.
Voting in - by close of Tuesday
Results decided - by 3pm Wednesday