The regular season might be over, but Roy Hodgson's England have two friendlies to negotiate before they can put their feet up for the summer. Tonight, England host Ireland in the first game between the sides since the abandonment of 1995 sparked by crowd trouble. Then on Sunday, England make the long trip to Brazil to sample the conditions and atmosphere ahead of next summer's carnival.

Im happy for Ashley Cole leading England out onto the pitch tonight, 102 appearances is just superb and he always works his socks off.

Im going for England 1-0 Ireland. A first half goal from Lampard.

Super Frank is certainly in good touch on the training ground.

Beast of a goal

Really looking for the game, just hope both teams are up for it!

I hope we get no trouble. Its been way to long since we played our Cousins Ireland!!

Cannot believe Wessi is not starting for Ireland. Absolutely baffled.

We'll win, but I wanna see Wes. What a sexy player

I hope A. Cole gets the reception he deserves tonight!

I think Ireland will push England. Give them a real test.

I think Ireland will be more up for this thats for sure.

My head and heart says 3-0 England

That's England XI for tonight. Good to see the Ox and Theo starting, our central midfield pair aren't too shabby considering the first-choice pair are out, and I hope Sturridge does well on his first start in an England shirt tonight.

3 ex Cork City players are involved in the Irish squad tonight and 8 who have played in the League of Ireland at some point, imagine how good it could be if the FAI actually cared?


Fancy England to win but 1-1 raw at 7/1, given the history involved in that scoreline a fiver was worth the bet!

ox and chamberline.. I seem to have split him in to two..

Wembley is bringing back sweet memories...

It's a fine stadium was over there a while back, enjoy the game lads, I'm expect a goalshot from Shane Long, but England to win.

That is why England will never win anything.

Great header from Long though tbf to him.

NickisBHAFC wrote:That is why England will never win anything.

Every team on the planet conceades goals Nick

Glen Johnson cant defend. And in other news the world is round

Can't believe were losing to the England B team

(For those who have seen Mike Basset England manager)

Super Frank what a hero

Lampard has been average for England at best.

What a shoite goal to concede for Ireland, I'd say Joe Hart was annoyed when the ball flew past his Head & Shoulders a few moments ago......

Lampard has been average for England at best.

Lampard is a legend!

I agree Cole has been one of the best players for England over the last 10 years. But Lampard lets us down in the big tournaments IMO.

There have only been about 2 England players who haven't let them down in big tournaments in the last 10 years, England have had stupidly high expectations of themselves, coupled with their players being overrated.

I think he has been a bit underated tbh..

I think the point is - who else do we put up there!

I mean fair play. Argue against Lamps. But who can we argue for!!(bar cole)

Gerrard was terrible in 06 but was one of the better ones at World Cup and Euros. Rio was solid enough before he got dropped. Besides that the next guy would probably be Cole.

Its allways one or the other isnt it!!

I just wish the England managers realised that in the past!

Anyway yep I suppose we could argue him as the best last tourny. I cant remember the one before

Lampard falls into the Rooney category of going missing in the tournaments.

But he's still a quality player.

We are blessed at the left back position with Cole and Bainez. Plus this young lad Shaw is gonna be a heck of a LB

Ashley's been one of Englands best players at tournaments for the last 10 years or so.

The almighty Owen Hargreaves was our best player in 06

Olly wrote:Lampard falls into the Rooney category of going missing in the tournaments.

But he's still a quality player.

We are blessed at the left back position with Cole and Bainez. Plus this young lad Shaw is gonna be a heck of a LB

Bridge retired because of Terry. But ill agree he is still class and he showed he was by far the best LB in the championship last season.

Without doubt the best LB in the championship

Also Joe Cole was the best player at the 2006 world cup.

NickisBHAFC wrote:Also Joe Cole was the best player at the 2006 world cup. 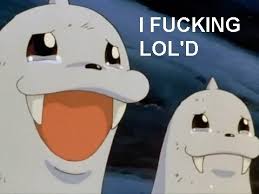 To clarify, I was joking when I said Wayne Bridge...

In hindsight the 2006 World Cup was probably our best recent chance to win the World Cup, no team stood out as great, Italy were quite good but a fairly poor France side nearly beat them in the final. England beat Portugal on penalties then they have to beat France who were being carried by Zidane and an Italy side that were strong defensively but poor going forward.

I never thought about that before.

Slow start from England, took 20-odd minutes to get going. Most of the threat is coming down the right through Johnson and Walcott but the crossing has been a let down. Rooney and Lampard look lively, Carrick is a bit anonymous. Feel for Sturridge though on his first start for England, it looked a bad injury.

England wouldn't have had a hope of beating France or any of the other sides, don't delude yourselves no lads! Zidane wasn't entirely carrying France, they had a solid team, and it was more than Zidane to it, although the man was playing superb stuff, as good as he had been. England were "close" but never had a shot.

Hopefully get to see some Wessi in the 2nd half

Thomond wrote:England wouldn't have had a hope of beating France or any of the other sides, don't delude yourselves no lads! Zidane wasn't entirely carrying France, they had a solid team, and it was more than Zidane to it, although the man was playing superb stuff, as good as he had been. England were "close" but never had a shot.

They scraped past Portugal in the next round, I'm not saying that England were certain or even likely to win the World Cup, just that looking back they were closer than I realised. None of the sides stood out that year.