Brad Thorn bows out at the age of 40

Brad Thorn bows out at the age of 40

Back in my university days, I used to go to a circuit class on Wednesday mornings. The instructor was a very good friend of mine even though he did very little to show it in that class.

He would sit on the grinder after adding on the big weights or make me do double and even triple sets on challenging machines. In general, he wanted me to find my limits and push beyond them each class. I certainly found the former but struggled with the latter.

This was a never-ending source of amusement for the rest of the class and people quickly knew not to go anywhere near me for fear of being inadvertently tangled up in my friend’s wicked web of pain.

All except an impressively built sexagenarian. This guy may well have had his best days behind him but you wouldn’t have thought it to look at him. He would invariably go behind me in the circuit and would actually increase the weights on some machines.

I have never been a big lifter in the gym but this bloke, despite neither being tall nor heavily set, resembled a teak coffee table in terms of the sturdiness of his limbs. I asked him one day how he was able to keep lifting such heavy weights at his age. He replied with a smile that quite simply he had never stopped.

At 40 years old, Brad Thorn has announced that he will hang up his professional boots at the end of Leicester’s season this year. That came with their semi-final defeat. His move is not one calculated by a realisation that his body has given out that forced Stephen Ferris, for example, to leave the game.

He insists he could quite happily keep on playing but, in his words, “I just think maybe I should do something else”.

For some athletes, ending a professional career is a terrifying prospect. But not for this family man, who wants to settle back down in Brisbane. He has sworn to play footy alongside each of his three sons but is content to bring his professional career to an end.

This is a man bowing out on his own terms. He became the first player to have ever won a World Cup, Super trophy and Heineken Cup. It could be argued that his goal to play professional rugby at the “ripe old age of 40″ was the most difficult goal of his to achieve.

He was a consummate professional, placing an emphasis on meticulous preparation before and after the game. He didn’t drink alcohol and made sure he stretched properly before and after training sessions and matches.

This begs the question how much we can attribute his longevity in both league and union to his dedication in how he prepared himself both physically and mentally for the huge physical toll his body endured. And why in the professional era more players don’t imitate his approach.

There are some players who appear to have been cursed with injury throughout their careers such as Juan Smith, David Pocock or Richard Kahui, and then players like Thorn or Jerry Collins who can maintain a high volume of games and keep bringing the same level of physicality.

Could anything have been done to prevent the former group’s respective careers from being plagued by injury? Michael Jones, for example, was a religious man who didn’t drink alcohol like Thorn but that didn’t save him from a serious knee injury. Perhaps it did aid him, though, in his reinvention as a blindside flanker and number eight.

Is the latter group a freak of nature beyond the reach of the average player? Richie McCaw has struggled with injuries throughout his career but he doesn’t seem to be affected by them as his teammate Daniel Carter appears to be in the twilight of his career. What enables the likes of Richie to bounce back and why does it seem Carter keeps breaking down?

Is it a case of the body not following what the mind demands – like me in the circuit sessions – or is it a case of players being able to carry on performing through the strength of their sheer will?

Whatever the source of Thorn’s longevity in the game, he deserves all the accolades he has received throughout his professional career in both league and union. I wish him all the best in his retirement, though no doubt he will keep himself in shape and continue to play footy because it’s what he loves doing.

Don’t be surprised if you find yourself in a Brisbane gym in 20 years’ time watching in awe as a sexagenarian puts you to shame. Console yourself that you’ve witnessed a living rugby legend in the flesh.

Can there honestly be another player who can claim to be a greater cross-code success (in rugby terms - I know that guys like Folau played Aussie Rules too, but I don't give a crap about that). His roll of honour is absolutely crazy:

Fabulous guy too. There's a great interview where he admits that he was a 'fat, lazy kid' in his teens and that he started training because his dad made him. A genuinely inspirational character.

What an athlete he is, a stat which amazed me is that prior to joining Leicester he had never been out of action for longer than 4 weeks, that's across 22 seasons!

Imagine him in vets rugby, scary!

Hell of a player. Amazing career.

& in the Baa Baas squad

Here - cut to the chase and throw Brad this with my Blessing: 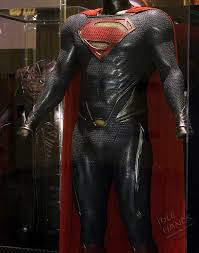 If there was one guy who could defeat Bakkies Botha in a fight to the death, then it would only be Thorn. Legend - made great contributions to the game.

Hell of a CV and first post. As a fine lock myself

, Thorn was always a player I respected.

Hell of a word too.

Even his voice sounded hard, like he trained it by gargling gravel. Ridiculous. Great player, seems a great bloke too.

Brad Thorn as a premier player (ie NRL or Superleague) has gone from Rugby League to Rugby Union and played lock, and then to play lock successfully at the highest level of Union is something we will never see again in our lives.

aucklandlaurie wrote:Brad Thorn as a  premier player (ie NRL or Superleague)  has gone from Rugby League to Rugby Union and played lock, and then to play lock successfully at the highest level of Union is something we will never see again in our lives.

Amazing player and a great OP does him total justice.

I don't think you can put his longevity down to one thing - dedication, motivation, luck - obviously he is incredibly meticulous about his preparation but even with that, his career across 2 codes is something else.

Personally I think its no coincidence that Leinster haven't mounted a serious challenge in Europe since he left (and Hines before him), such as the steel he added in the tight 5 in the scrum and breakdown. I remember him being immovable over the ball in that SF against Clermont.

rodders wrote: Leinster haven't mounted a serious challenge in Europe since he left .

Almost in a Top final this year...playing Turgid shyte.... with Tall T Toner... against Terrifying Toulon.... away

That's one Serious Challenge from one Seriously Crud side this season.

aucklandlaurie wrote:Brad Thorn as a  premier player (ie NRL or Superleague)  has gone from Rugby League to Rugby Union and played lock, and then to play lock successfully at the highest level of Union is something we will never see again in our lives.

Do you mean the straight guy that isnt gay? the Irishman that isnt Welsh?...Your right Fly,Thorn couldnt cut Micky's lunch.