Thought we'd better create a bespoke thread for this as comments have been coming in for a little while now and have been going in the main Season thread.

Cannot wait!
What a lineup! Everyone is there bar Berty. Insane field!

It'll be either Aru or Nibali, depending on who Astana choose as their leader (hopefully Aru).

Also fancy Majka to place well - and would be worth keeping an eye on Bardet.

Valverde will be more spent than Quintana, far easier on the legs being the leader than a super domestique. Expecting Froome and Quintana to podium.

I suspect, though will probably be proved wrong, that Quintana has come out of the Tour in better shape than Froome. Though we may very well be into the early years of a remarkable career with Froome.

Number of riders not exactly delighted by the TTT course: 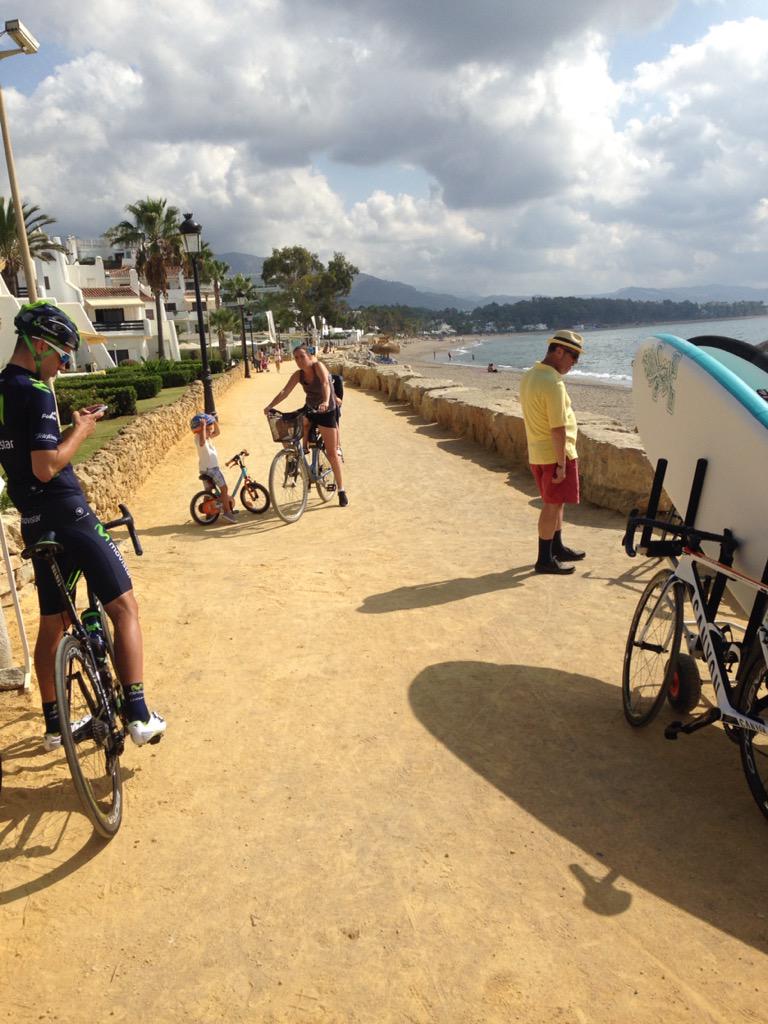 Not sure the Katusha team is going to be the most well-oiled machine: apparently Silin and Trofimov won't be starting after showing up to the airport drunk. Trofimov was himself a replacement for Caruso, who got banned after an old sample got retested.

Nibali thrown out for being towed after crashing.

Inconsistencies reign. This smacks of nastiness to me.
Or are there deeper reasons (going back to the Tour)?

It's not even been a week, but it feels like there's been a month's worth of craziness already. I mean, Sagan actually won something!

Azabache wrote:Inconsistencies reign. This smacks of nastiness to me.
Or are there deeper reasons (going back to the Tour)?

It was a clear breaking of the rules and he was rightfully chucked out, it was far too blatant to ignore.

Yes, agree, I've just seen the recording; it wasn't as if he'd been injured and was getting attention; or had caught up after some bad luck (which he'd had) and had merely got back into a group. This was blatant roaring off ahead of the group-up to 150M+ according to some observers! Couldn't be ignored.

By the way, ITV4 have a real catch in David Millar on the team-real on-the-nose comments. He calls this the "sticky bottle" excuse!

Huge crash yesterday, kris boeckmans is in an induced coma after suffering from concussion & severe facial fractures, broken ribs & bleeding in his lung. Hopefully he can recover.

So, Sagan's out of the race after his fall - but not before being fined for lashing out after it. For more, let's turn to the (somehow not a parody, proof that FU money is a thing) Twitter account of his boss:

@olegtinkov wrote:Peter Sagan was hit out by moto of #Vuelta2015 in just 8km before his 2nd win. Coincidence or start of #ASO campaign against @tinkoff_saxo ?

Did the moto try to escape by exiting through the central reservation?

@tinkoff_saxo wrote:Unbelievable! @sergiompaulinho abandons @lavuelta after being hit by reckless TV motorbike! What shall we do now? (More info to follow)

Maybe Oleg's on to something after all?

Froome lost seven minutes today after living up to his name as a youngster.... 'crasher'.

And another tinkoff saxo rider had to withdraw from the race, hit by a motorbike

Can't work out if Quintana is suffering or holding back for later. He left it (too) late in the Tour also. I would have thought that yesterday's stage was made for him and fully expected him to do an Alpe d'Huez on the final climb.

He's spent imo. ALl the tdf guys are. The schedule is too demanding. Too close together are the GT's.

Last climb today is supposed to be a monster.

Memories of his blunder in the 2012 edition!

This thing is set up beautifully for the ITT on Wednesday.

Dumoulin crushes all in the time trial, race now comes down to him vs Aru. Lead is just 3 seconds.

Crushes is an understatement, he's annihilated them

Was impressed by Quintana and Valverde doggedly improving.

Aru has got rid of Dumoulin, but there's still about 40km to go. 6 seconds he needs...

Was bound to happen eventually and i'd be surprised if anyone thought Dumoulin was going to hold on for victory, the Vuelta is becoming a bit pointless now when the big guns target the Giro and Tour every year.

Gutted for Dumoulin, a valiant effort

And I guess a bit of the usual Spanish-Italian skulduggery almost guaranteed in the Vuelta at some point?