Live on BBC Alba and TG4 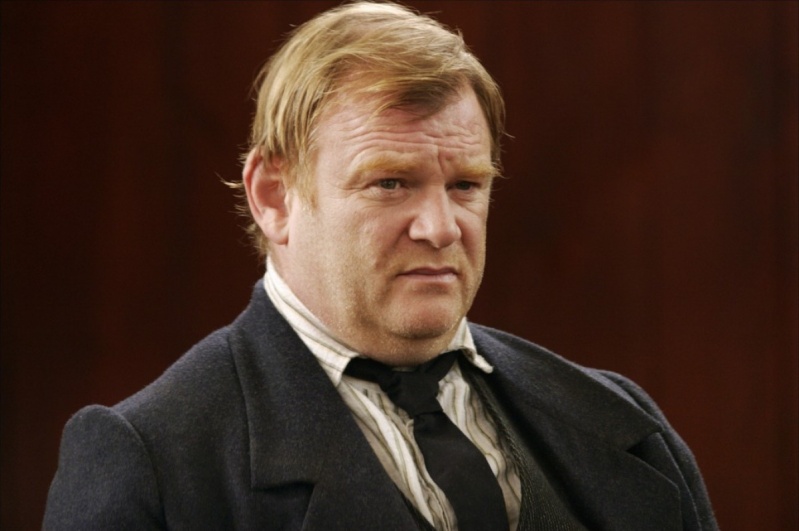 Great result but we did make heavy weather of it. Hopefully confidence will build from here.

Thought Manu and Du Preez were both excellent. Manu carrying like a tank and Du Preez with some really classy offloads - scoring pass for both of Hoyland's tries. Hoyland looks really sharp in attack but unsure in defence. I really hope we stick with him because he invariably beats the first tackle.

One thing to note about hoyland is that he is relatively "new" to the game didn't start playing to later on in school. One thing I can remember while playing against him was that he had a fantastic vertical jump with a bit more experience in 15s could be great under the high ball

Pretty decent win for Edinburgh, it is never easy to beat Leinster. I thought they never looked like losing and had they been a bit sharper would really have put them away. Tell you what, that pack will take a bit of handling this year, for any side, even Glasgow!

Manu looks a real addition to what was already a very strong back row. If Solly can learn to rotate them this year he may even manage to make them last the whole season!

CraigS1874 wrote:One thing to note about hoyland is that he is relatively "new" to the game didn't start playing to later on in school. One thing I can remember while playing against him was that he had a fantastic vertical jump with a bit more experience in 15s could be great under the high ball

What I like about him, and Watson too, is that he's bloody difficult to put down. He doesn't just run into contact and expect that he's getting tackled, he's legs pumping arms and legs e everywhere and if you don't hold him down he'll bounce straight back up and keep going!

Absolutely fantastic result! Thought the pack was great, really solid and direct, and the set piece was strong.

Does anyone know if Nick McLennan can kick (or kick well?). If it's not sorted out it could be disastrous.

BigGee wrote: If Solly can learn to rotate them this year he may even manage to make them last the whole season!

Yup, the pack is looking big and ugly, proper old school. I like it. If Fordys there for the setpiece, and Rambo for the carrying, then Cochrane is there for the breakdown work. Very underrated player. Still not convinced by Andress as even a pro12 standard prop, but hes no Jack Gilding, so silver linings and all that. Worryingly he seemed to be hobbling off though, which leaves us with Berghan (who im interested in seeing more of) but no obvious backup. Bresler was kind of quiet tonight, but still did the graft so no biggie. I think Watsons too talented not to be a starter, but hes got so much impact coming off the bench, it must be giving Solly a headache. Du preez does what Dupreez does, and as usual he done good. Nacho? Yeaaaaaahhhhhhh I think were gonna like you.

In the backs Fowles's service was quite sharp, didnt see much opportunity to show his ability to control the game. Kennedy looked better than the previous 2 seasons, though still not back to the form that had him in the scotland squad. I thought Burleigh was really good tonight. There was a lot of kicking as dictated by the weather, and yes he did have a couple of poor ones, but overall his kicking looked good to me. His running game is where he earns his crust though, and he showed flashes of it tonight. I liked Beard at 12, his lack of pace is less obvious there, and he gets to showcase his ability to beat the first man a bit more often. Big shame for Chris Dean only lasting 15 mins, because he was really sharp for those 15 minutes. Johnstone looked hungry to get his hands on the ball, but it rarely seemed to come his way. I hope he gets more chances to show what he can do, because I really like him from the 7's, and I think he could bring something to Edinburgh. Fife was quiet, Hoyland hardly touched the ball apart from a couple of good strong runs when mopping up loose ball, and obviously his two tries. Cuthbert

We seriously need to find a 80%+ goal kicker to back up SHC though. If that means Burleigh only plays centre and Kinghorn gets a shot earlier than any other player under Solomans then so be it.

Will hopefully get to see the whole game later, but I'm delighted with that result.

George Carlin wrote:Will hopefully get to see the whole game later, but I'm delighted with that result.

Watching it back knowing the result I don't think you'll get the same sense of frustration - we really didn't build up the pressure like we should have. We completely dominated Leinster from around the 20 minute mark but the game wasn't safe until the last play. This also wasn't helped by poor goal kicking.

The case in point was mid-way through the 2nd half when we won a scrum penalty against the head just inside their half. Our forwards were pumped up and theirs were on the back foot having been under pressure for a lot of the game.

In my mind that was a no brainer - kick to the corner and ramp up the pressure even more. At the very least get an easier penalty, but aim to stay camped in their half for the foreseeable.

As such Cuthbert (who was pretty awful all night) makes a complete dogs dinner of the kick - it wasn't even close.

They get out their half easily and a few phases later get a penalty in our half!

I thought it was a bit of a mixed bag last night, RDW. You dominated the scrums and your back row was superb. The backs seemed committed to a high tempo off-loading game which is obviusly modelled on the other, more succesful, Scottish team. I really liked the look of James Johnstone; he's got something about him.

However,as you said yourself the game wasn't safe until very late and this was very much a second string Ladyboys side. Would you have stuttered over the finishing line against a better side?

More positives than negatives but still a work in progress.

Completely agree jimbo, and we maybe should lower our expectations since it was the first competitive game with a few new players, and we were playing a far more ambitious style - it will take time to develop and mistakes will be made.

I wasn't joking when I said we displayed more attacking intent than the last 2 seasons combined - it was great to see. The link play between Manu and Burleigh (who is such a classy player) was very encouraging, and if we can use Dean's direct speed and power off that it could do well for us.

Certainly more positives than negatives, but plenty to work on.

Let's not also forget we started last season with a win over Munster...

Blimey, you Edinburgh fans are hard to please. It was the first game of the season and it was Leinster! Don't buy the 3rd string nonsense, it was still Leinster and any win over them is a good win.

If they carry on playing like that and they start to click they will be a handful for anyone.

Take the win and enjoy it, I will be perfectly happy if Glasgow beat Scarlet in that fashion tonight.

jimbopip wrote:The backs seemed committed to a high tempo off-loading game which is obviusly modelled on the other, more succesful, Scottish team. I really liked the look of James Johnstone; he's got something about him.

I'm putting that down to Calum MacRae whose working with Edinburgh backs in the 7s off season.

The whole 3rd string stuff is silly. We all know it's a World Cup season and Edinburgh have been diligently preparing for this run by building depth, as well as deliberately underachieving for years to ensure that not too many of our players get called up for international rugby. That takes incredible self-discipline.

We are also missing a few remember. 5 of our first choice pack are out. Our goal kicker and scrum half also missing, plus our 12 and our left winger. Added to that we lost Allen through injury and Tonks couldn't start as he's only just been released.

I think 6.5/10 is a reasonable mark for last night.
The forwards looked apart from the scrum where things weren't ideal with a few short- and full-arm penalties given away. That said, like mots of the Pro12 refs, have no idea who causes scrums to collapse. I do worry about Andress, though.
The backs looked sharp and Fowles did look like he had a good quick service on him. It's just a shame that Cuthbert's hand transplant operation over the summer doesn't seem to have worked too well. He makes Nikki Walker look like Carlos Spencer.
As a few others have pointed out, while Leinster were missing a good number of first choice players, they have more strength in depth to let than cope with this than we do so, all in all, a good evening's work with a refreshing willingness to have a more adventurous game plan.

Well we've come a long way from the dark Bradley days if we are ascribing 6.5/10 to a well deserved victory over Leinster!!

jimbopip wrote:The backs seemed committed to a high tempo off-loading game which is obviusly modelled on the other, more succesful, Scottish team. I really liked the look of James Johnstone; he's got something about him.

I'm putting that down to Calum MacRae whose working with Edinburgh backs in the 7s off season.

One thing I would say about that is speaking to Chris Dean he seems to think that the 7s trainer is much harder than any of the 15s training, so if Macrae is also helping with Edinburgh that is beneficial.

After Saturdays performance it looks like we are relaying on a goal kicking 9 with burleigh and tonks the likely 10. One player i would like to see us sign is George Horne from Hawks, very good kicker and all round player but might have to bulk up a bit. It would mean 3 out of the 4 scrum halfs would be goal kickers and I don't really think Kennedy has fulfilled his potential

You spoken to Dean since his head knock on Friday?

Good to have an inside man on here - need to watch what we say about him though!

RDW_Scotland wrote:You spoken to Dean since his head knock on Friday?

Good to have an inside man on here - need to watch what we say about him though!