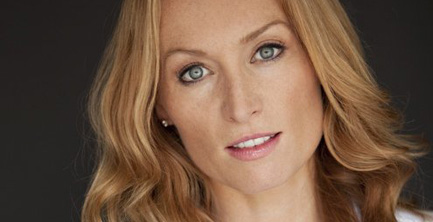 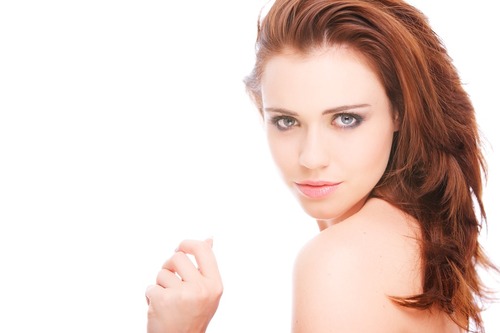 Who's the new Leinster coach and how've they done picking up the pieces from the MoC era?

Leinster Rugby head coach Leo Cullen is relishing a Champions Cup reunion with Wasps in their 'pool of death' opener.

The three-time champions were left heartbroken last season when an extra-time Bryan Habana try saw them exit to RC Toulon at the semi-final stage. Leinster and Wasps clashed at this point last season, with the Irish side coming out on top in Dublin, before a hotly contested draw at the Ricoh Arena.

And Cullen knows the size of the task that awaits Leinster having faced all of their Pool Five rivals last season. He said: "We're focused on Wasps at the moment, and know what to expect having played them last season. We actually played all three of the other teams in our pool last season in the competition. We had a very narrow win against Wasps in the RDS, drew at the Ricoh Arena, had a very narrow win against Bath and a very narrow loss in extra time to Toulon. There is a lot of familiarities in the pool, and subplots. It'll come down to fine margins, we have to make sure we get our preparations right.

"Wasps have been pretty good, they had a good win against Bath and ran Leicester pretty close. They have recruited well with people like George Smith and a player we know well - Jimmy Gopperth - we know how well he runs the game. They'll have plenty of knowledge of us."

Jonny Sexton is expected to make his European return for Leinster when they clash at the RDS on Sunday. One man Leinster will have to look out for is All Blacks fullback Charlie Piutau, who joined the Coventry side on a year-long deal and starred in his first taste of English rugby in the victory over Gloucester last weekend.

Captain James Haskell is confident they now have the squad to compete for their first Champions Cup triumph since 2007, but says it's down to the players to deliver.

He said: "It will be a big test, but if you want to win the Champions Cup, you have to go and beat the best and that's what we want to do as a side. We've developed a team with top players across the board and a really settled coaching staff, it's now just about getting that performance on the field and the players are responsible for that."

Wasps for the win

No Leinster fans seem to give a feck about this game.
Interesting.

Cullen is the new coach yappy. Its 3 seasons too early for him to be taking that role on.

I'm seeing a Wasps win, Leinster have only been doing okay so far this season and this will be a huge ask (also we tend to struggle in round 1 of the pools each year).

This game is the start of and epic fixture list for Leinster;
Wasps
@Bath
@Ulster
Glasgow
Toulon
@Toulon
Munster
@Connacht (if you've ever seen Connacht play Leinster before, this could be the toughest game of the lot)
Ospreys
Bath
@Wasps

It's going to be a great 2.5 months or a terrible two and half months. How Cullen manages his squad will be critical.

Nacewa ruled out so Madigan is full back and Marsh takes his place on the bench.

Just noticed that too. Not televised here unfortunately.

Fair few boos and whistles from the Leinster crowd.

Leinster having a similar problem to Ireland - unable to crack the defensive line when it matters.

Agreed good 1st half, little surprised Leinster havn't made more of their possession and backs.

Gas from Simpson, like the look of Wasps this season.

What channel is this on?

Dai Young's done a great job on recruitment IMO, not sure about depth but there's been some brilliant additions and he's done great to replace players who were really important to their game, like Varndell, it seems

Leinster are making so many howlers. They really don't deserve to win this one!

Leinster look crap to be honest.

Dave Kearney will not want to watch that try back.

Leinster are so poor right now, its horrible to watch. That said, Wasp's look very solid.

What's going on with Leinster? They look so lethargic in attack. Not quite as bad as what I was watching at Tigers last season but it's reminiscent. So much one out up the jumper stuff. Reddan has kicked beautifully but other than him the Leinster players need to ask themselves some questions.

Wasps need to take advantage and get the bonus point, would be a special prize.

That was just criminal. The Leinster coach must be burying his head at the moment!

George Carlin wrote:Sounds like a bloodbath. What's the score?

26-6 Wasps. Leinster just self destructing. Not looking like 3 times Euro champions in the slightest.

Looking forward to seeing the new wasps 10 get some ball

The Irish provinces have lost interest in European rugby cup.

I just watched 10 mins where Leinster went backwards after every phase.

Since this is not televised here, does the scoreline really reflect the gapo between the teams today? Shocking score if it stays as is.

In contrast the Wasps look really good. What place are they in the Premiership?

Not sure that was a try, but Wasps will take it.

Odd try. Bounced the ball backwards for a try? I suppose your allowed to place the ball on the ground and if it goes back from there then I suppose it's game on. Wasps looked good but three tries will leave them with questions of what if.

Great win Wasps, am I excited!

Hard lines Leinster, tough day at the office but too good a side to be down for long.

Honestly I wasn't sure why the commentary made such a deal. Clearly backwards, what law would disallow it?

doctor_grey wrote:Since this is not televised here, does the scoreline really reflect the gapo between the teams today?  Shocking score if it stays as is.

It was probably flattering to Leinster. It is hard to see them taking anything positive from that other than Wasps not getting 5 points. It was grim stuff for the Leinster fans!

I think suggesting that they're not interested is excusing the fact that they're playing so poorly. Leinster and all of the Irish provinces will be taking the European competition very seriously, but it is clear they are no longer as competitive as they once were and are on the wane.

Jeez, that was a proper pumping. Leinster just didn't look like the team of previous years. Fair play to Wasps though, brilliant away performance.

Rory_Gallagher wrote:In contrast the Wasps look really good. What place are they in the Premiership?

Currently 8th but are on the up now that their new signings are bedding in. They have recruited smartly with guys like George Smith and Charles Piutau who have only come in very recently. On top of that you have very good players like Ruaridh Jackson who has just returned from a long term injury and is hungry for game time and guys like Festuccia, Cittadini, Launchbury and Bradley who give you a rock hard tight five.

Thought Wasps were very solid if not spectacular. On the other hand I've not seen Leinster play that poorly before

I think suggesting that they're not interested is excusing the fact that they're playing so poorly. Leinster and all of the Irish provinces will be taking the European competition very seriously, but it is clear they are no longer as competitive as they once were and are on the wane.

I'm not "suggesting" it. Lack of interest leads to sloppy play and poor performances.  I wouldn't excuse the poor play at all.

Without doubt, they are waning.  33-6 at home indicates more than just poor play/mistakes. I've no doubt Wasps played extremely well and were full value for their victory.

We'll see how the provinces go in the next few weeks. Leinster might get a home win from this pool but they're looking like an Italian beat up at the moment.  Two teams to qualify from their group is a distinct possibility. Leinster 25/1 and Munster 20/1 tells its own story

Wow, what a result for wasps!

A lot of Leinster fans aren't particularly surprised by the loss.

The team isn't as good as it was when Schmidt was in charge and has been poorly managed in the intervening period. The new head coach has next to no experience and has only just got 17 odd of his squad back from the RWC. To top it off we were missing Nacewa, R. Kearney and, most importantly, Ben Teo in the backline.

And then you take the game itself;

Kicks out on the full.
Poor passing.
Knock-ons left, right and centre.
A shocker of a slip for the first Wasps try to give them the initiative.
60% possession, 67% territory and endless phases but with no penetration.

Wasps were the better team, they defended well and were far more clinical in attack. I would disagree with anyone saying the scoreline flattered Leinster though. One of the few bright spots was Ringrose coming on and making a few breaks. He is 20 now so this being Ireland we can expect to see him trusted to play consistently in about 2020.

I would honestly just start Ringrose at 13 while Teo is out. He can learn the game as he goes and he certainly hasn't looked out of place yet. If he is as talented as everyone says e is then he might as well. McFadden may be Captain Consistent but he isn't going to set the game alight. Nor is Dave Kearney or Zane Kirchner etc.