Got tired of waiting for George to care about a thread for the game on the west coast (only joking George!), so put one together. Really I just couldn't wait to tell the Munster lads how badly they were going to be beat in their own yard! Go cut Pat Lam a switch lads, and prepare for your hiding 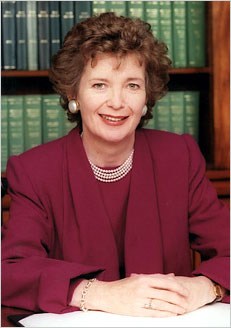 brennomac wrote:Jeez that guy Lam is going to have to be sacked, we can't have an Irish team playing offloading and running weird lines of attack, gimme the Leo and Axel style of rugby any day

It does go to show that a well coached team can actually offload in contact and be threatening. Schmidt take note... Runs before Notch attack

If you are given the opportunity to play it more often you become more confident doing it, shock horror! Although expectation will always be less for Connacht so they will be freer to play that style than just win.

Why the need to be rude, was just making a tongue in cheek comment...

Sorry billy didn't mean that to be rude at all! Meant that as in why don't the higher ups see that it can be beneficial to teach people to be confident playing the ball, not a dig at your good self

Munster lucky to be only 5pts down. If Connacht can keep it up they'll win comfortably.

I think if anything there, Aki lucky not to get yellow there, that is a couple of instances with him

Ben Whitehouse has been very good.

Ultan Dillane has been excellent tonight as well.

Connacht gone into themselves a bit now. If keeps up can't see it working out.

Do Munster have no faith in Keatley to kick them type of penalties?

Curious to see how the real Sean O'Brien gets on

I was a spotty teenager the last time Connacht won in Thomond...

Now I am a bald old fat man and its going to happen again, at least I am spot free.

The ref has been outstanding.

There is nothing in that, Munster player felt down like a footballer.

Up until that point sadly

He has had a great game but got that fiercely wrong.

Well, that is a big call. I take back my comment from earlier, that is a game changing decision.

Marmion was coming across. I think thats an extremely poor decision- I see tackles being made in those situations all the time.

Yellow card was ok but the PT, that was so poor.

Jesus thats a harsh double blow, defo yellow but both is way too punitive. Muldoon should not have put him in that situation anyway

Yellow card was ok but the PT, that was so poor.

That was barely a penalty, Munster player acted like a footballer.

What a counter ruck by Sean O'Brian

I think Muldoon has paid a high price for offending after just been spoken to for disrespecting the ref, shame as its been a great game and Whitehouse has been very good to that point.

That was the game, I think, if he nailed that.

If that is a try, that is unbelievable play from Robbie Henshaw.

Brilliant try, what a play by Henshaw.

Big kick, this will finish the game if it goes over.

Very enjoyable game and a great advert for the league.

Excellent try made by Henshaw and Aki.

Connacht have been full value for their victory if they can hold out.

An absolutely brilliant game. Connacht are more that worthy winners here and even more than worthy of the top of the table.

Congrats Connacht fans, that was some game

Come on Connacht. Win this scrum and boot it out.

Great game and glad the right team won in the end

They stay top of the league. Match of the weekend.

Wow - Bundee Aki sure is driven. Really chuffed for his team and for his beliefs.

Very impressed with Connacht. Thought how they dealt with the sin binning, and last 15 minutes was superb. Something a bit special about that team, which was evident in the emotions of Aki.

Undoubtedly Irelands #1 province on the rugby pitch at the moment. Talk of Henshaw moving should be replaced by Ireland hopefuls from other provinces moving West!

Was nice to see the genuine culture and camaraderie they have in their side. Such a contrast to the footie that was on at the same time - all Man Utd players seem to do is bitch at each other

I have a feeling that Robbie Henshaw will be waiting to see if his side can get to the Champion's Cup next season.

Pot Hale wrote:Wow - Bundee Aki sure is driven.  Really chuffed for his team and for his beliefs.

When you hear that kind of interview, you've got to wonder what God has against the other team though!

Big fan of Aki though, and given Ulsters experience I'd go for the very religious players every time because they tend to be family-orientated, humble and hard working. That helps them settle in quicker.

Missed the game, forgot to tape it. Any hints on highlights? Where to find them

Very well played Connacht. If we don't win the Pro 12 I hope you do - you really deserve it

Fantastic result!! Commiserations to Munster fans, it's a sign of how far that Connacht have come that we can even compete with you at home, that backline is only going to get better as Saili and Earls become more familiar with each other. One thing I worry about for them is opting not to kick penalties and going for the corner on some occasions, is that a lack of trust in Keatley? I can't see how that can continue for the rest of the season.

Really chuffed anyway, actually thought this might be too big an ask given the history, the weather, the injuries and the busy recent schedule, but that first half performance and the grit they showed when Muldoon was in the bin shows that Connacht really have great belief in this side. That penalty try and man deficit would have consigned them to a defeat last season, but this team seems to have learned from those kind of results, shake off the valiant losers tag and actually aim to compete with the big boys.

Some of the young lads that have come into the team have been absolutely fantastic and really repaid the faith shown in them. Connelly was coming in for the injured Fox-Matamua who was one of Connacht's best players this season, and had a fantastic game. Masterson, Dillane and Delahunt where all brilliant (and the new SOB of the bench as well!), and all under 22 years of age! Of the backline starting today the oldest player was Healy at 26! Crazy to have a team with so many young leaders who are all confident with ball in hand and capable of mature performances. Muldowney is not one of this young crowd but was everywhere around the pitch, best I've seen him.

What Pat Lam has done with this team, a bunch of lads who are still yet to reach their potential, is incredible. Supplemented by a few SH players who are real culture carriers for what he is trying to build there, the Irish lads have picked up the game style quick, and it shows that it is capable of being instilled if nurtured in the right way.

In regards to the penalty try, I thought the ref actually had a very good game aside from that, but it was very punitive to both yellow and penalty try from so far out with Marmion potentially coming across, I disagree with it but it wasn't a terrible decision. It was more Muldoon putting him in that position, and Muldoon was lucky not to talk himself into trouble a few minutes before as well, he needs to work on his communication there, and could have cost Connacht the game. Worked very hard for the last few minutes when he came back on though! The response from the 14 was amazing.

Even though this is a massive result in the history of the club, the team needs to now get focused on the Blues next week because in the context of challenging for a Challenge Cup place, it is one to target.

I''m waffling now so I'll leave it there!

So, who do Munster play next week and how will they look at rotating the squad? Really worried we will face a major backlash in two weeks time.