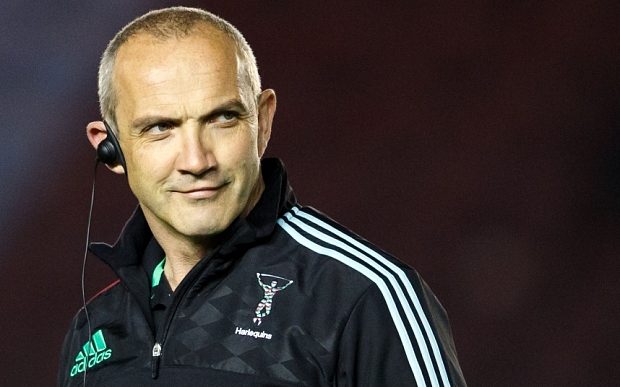 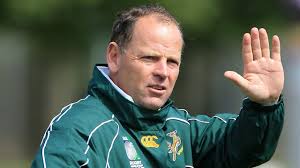 Both teams look to be going full out with strong squads and minimal injuries.

PREVIEW: So much at stake in emotional final

There is more than just the Challenge Cup at stake for Harlequins in Lyon on Friday night. Victory over Montpellier will not only earn them a fourth European title, but will also guarantee them a place in next season's Champions Cup.

Having slumped to a record home defeat in the Aviva Premiership last weekend, conceding 10 tries against a rampant Exeter Chiefs team in a totally unexpected 62-24 hammering, everyone connected with the club will be hoping for a better send-off for Conor O'Shea after his six-year stint as director of rugby.

O'Shea apologised to the Quins supporters at the end of his final home fixture. What is will be looking for at Grand Stade de Lyon is a reaction to that defeat to help deliver a fourth major trophy during his reign.

But O'Shea knows full well it will take more than a reaction to beat the team currently lying in second place in the TOP 14. Quins will have to be at their very, very best to overcome a Montpellier side seeking to win the biggest prize in their brief history.

While Harlequins are all-set to celebrate their 150th anniversary next season, Montpellier wee formed out of an amalgamation of the Stade Montpelliérain and MUC Rugby clubs in 1986. They won the PRO D2 title in 2003 to qualify for European for the first time and celebrated by winning the third-tier tournament, the European Shield, in 2004.

In 2007, current captain Fulgence Ouedraogo became their first French international and in 2011 they reached the French Championship final. They lost that game in Paris to Toulouse and won't want to slip up again no French soil when they march on Lyon.

They lost twice in the pool stages, going down 41-18 at Harlequins and 37-27 at the BT Sport Arms Park against Cardiff Blues, but still managed to finish as runners-up to the Quins with a 42-9 final round victory over their final rivals. That makes in game in Lyon the decider!

Former World Cup winning coach Jake White has a squad packed full of winners from around the world and won't want to let slip the opportunity to pick up some significant silverware. Last weekend's defeat at La Rochelle will have focussed the mind as they bid to stay on course for two titles.

While Danny Care's side will be seeking the perfect send-off for O'Shea, Montpellier will want to send their legendary tight-head prop Nicolas Mas into retirement with a winners' medal at the end of his 16th season in European competition.

Demetri Catrakilis looks like being given the nod to don the No 10 jersey ahead of Francois Trinh Duc and Ben Lucas, while Nick White is on stand-by to start at scrum half following Benoit Paillaugue's slight injury last weekend.

But while Montpellier are well blessed in the goalkicking department with Catrakilis and Paillaugue, it is in the front five where their real power lies. Newport Gent Dragons buckled against the Montpellier pack at the set-piece in the semi-finals and there is likely to be a battle royal between the French side's Springbok front row and the Quins' Grand Slam props Joe Marler and Adam Jones.

Whoever comes out on top in that department, you feel, will gain a significant advantage on which to build a winning game plan. Other than that, it is too close to call.

Match Notes
- This will be the fifth meeting between the clubs in the competition; Harlequins have won three of the previous four encounters, although Montpellier won the most recent clash in Round 6 in January.
- The meeting between Harlequins and Montpellier at the Twickenham Stoop in Round 1 was the opening fixture of this season's European competitions.
- All four matches between the sides have seen over 50 points scored, with an average of 60.
- This will be Montpellier's first appearance in the Challenge Cup final, while Harlequins have reached this stage three times before and won all three, all against TOP 14 opposition.
- This will be the seventh Anglo-French final in the Challenge Cup, with Premiership clubs winning five of the previous six.
Montpellier have won eight of their last nine in the Challenge Cup against Premiership opposition, although their one defeat in that run was against Harlequins in Round 1.
- Montpellier (16) have scored the most first-half tries of any team in the competition this season, while Harlequins have scored the most in the second-half. (24).
- Danny Care has been directly involved in nine tries in the competition this season (five tries, four assists), more than any other player.
- Ben Botica has beaten 28 defenders, more than any other player, while teammate Marland Yarde has beaten the second most (23).
- Montpellier's Akapusi Qera (86) has made the most carries in the competition this season, while Jack Clifford (78) has made the second most.

Still think Quins need to become a bit more streetwise and add a bit more power - something I felt Conor O Shea has been in general unable to do.

Quins need to adapt and learn how to deal with big powerful sides.

I don't think any side is unbeatable, just need to have the right game plan and execute it.

Quins doing well would be good for the game of rugby because too many sides are going down the route of power,power,power because sides like Quins can't deal with it.

If big powerful sides were outmaneuvered by the smaller sides who like to keep the ball in hand more then they would have to shift.

Agree 100% with all of that Beshocked.

I think we need two or three powerful forwards, probably at 2,4 and 8 to really add some impact to the team.

Otherwise we'll just get bullied off the park like against Exeter, and then Montpellier.

I think the reffing of the game nowadays doesn't help smaller sides either. Everything seems set up to slow the game down, the rules on rucks, the almost invincibility of mauls and the amount of scrums can just kill a quick team if they aren't 100% error free but allow big teams lots of leeway.

It's amazing how this promising season deteriorated. Really amazing. In a bad way.

Realistically, this match was lost long before either of Botica's moron kicks. But I am not unhappy to see him go, if he can be so unable to learn from his mistakes. Even stupider than his kick against Saints. Idiot

Yea I agree, I was genuinely speechless when he kicked it out.

Once was painful, but twice is just horrific.

To think around Xmas we were in the top 4 then to go down to 9th before just climbing a bit.

I think someone posted on CAW that we lost more matches over the international window then almost any other club.

Games over the international window though previously have been managed well. This year the window seemed to coincide with a drop in form from general squad players + a few untimely injuries.

I was the same Yappy - could not believe that Botica did the same thing again! The result wasn't settled on that one act but it was one of the only moments in the game where we had momentum and had the oppo on the ropes....to just give the ball away was brainless. Cest la vie.

As has been the case, Quins have really struggled against the big pack sides.....We do need some real bruisers in the pack.
Loumanou coming on has added a bit of impact at times, but not looked great when starting. Wallace has had a very up and down season, MoM one week and anonymous the next.

Do we still have that Fijian? Talei....is he coming back after being injured in pre-season/WC duty?
We are unlikely to bring in another 2, with Ward/Buchannan and Grey still in the squad.
A big nasty lock would be useful.....Merrick and Twomey are developing nicely and may get there. Charlie Matthews has massively dropped off. Not sure who would be good to bring in though.