1).This looks like being a week in Memphis heat when generous sponsors put up a $6+M purse and scarcely anyone shows up; only Dustin Johnson, Mickelson and Koepka from the owgr Top 40 have condescended to make the trip, and that's a miserable turnout for FedEx who have rescued the Memphis event from the knacker's yard and also richly endow the Play-Off pool.

2).Just a word about FedEx for those of you who like that sort of thing:
I got myself a tour of most facets of their Memphis facilities many years ago, a day topped off in the control tower in late evening at MEM when FedEx's flights were coming in, getting unloaded and reloaded, and starting to go out again. Fascinating for a logistics kinda guy, and the way they apply basic data to their entire operation is extraordinary. Makes analysis of "Strokes Gained" on the PGA Tour look like primary school arithmetic, which it pretty much is.
If you get the chance, GO!!

3).So, given that the Tour's players aren't that much interested in the FedEx dosh, perhaps we should spend a few notes talking about other Tours for once.

4).So far as I could see, and apart from Luke Donald, the only other US-based Briton to advance from Sectional Qualifying to next week's US Open is University of Florida golfer Sam Horsfield, who last week won the Phil Mickelson award for the outstanding freshman (first year player) in US College Golf.
Ian Poulter has been trumpeting Horsfield's golf for a few years now and, at his age anyway, young Sam is the real thing; let's hope he trains on and becomes the successful Pro that his amateur career would suggest.
Remember the name and watch for him in the US Open!

5).The feeder tournament for the LPGA Tour is the "Symetra Tour" and the money list is dominated so far this year by Sweden's Madelene Sagstrom. She's banked $103K ytd; next best is $38K!!
Sagstrom: An unfortunate name perhaps but potentially a glittering future.

6).Compatriot Anna Nordqvist became the first European winner this year on the LPGA Tour when she successfully defended her "ShopRite Classic" title last weekend.
The LPGA plays its PGA Championship this week at Sahalee CC in the Seattle area, previously host to a PGA Championship (Vijay in 1998) and WGC (Popeye in 2002) plus a Senior US Open (Bernhard Langer in 2010). A shame the men don't go there more often.
There's a strong European presence including Jodi Ewart, Charley Hull, Catriona Matthew, Becky Morgan, Laura Davies, Mel Reid, Felicity Johnson and Holly Clyburn. Time for one of the British young'uns to step up, but Charley Hull has pocketed $380K this season so hopefully she's ready to contend.

7).The web.com Tour may not have seen a British winner recently, but Seamus Power carried the Irish flag to victory recently and is on pace to earn his PGA Tour card. He probably needs one more good tournament to clinch the Top 25 money-list position that gets him his Card.
Dornoch's Jimmy Gunn lies 39th, but Leicester City's Greg Eason languishes in 68th.

8).The Seniors play another "Major" this week, the "Constellation Senior Players" at Philadelphia Cricket Club. No word as to who's in the slips or covers, at gully or point, or whose legs are fine, short or square, but there are a bunch of "silly"s.
Not Bernhard Langer of course, though his putting stroke is very silly and continues to look to be a giant p1ss take.
Langer has already earned $1.1M this season, Montgomerie $600K and Jimenez & Parnevik $500K.
There's a new quasi play-off at the end of this Champions Tour season and one imagines that the year-end bounty will cause this lot to play a little more during the summer, possibly a lot more in the autumn.

9).And then there's the PGA Tour. TPC Southwind is a fairways-and-greens test, intended as a warm-up for next week's US Open. It won't just be a warm-up this year, it'll be a heat-up as temps will close in on 100F degrees. Donaldson and Molinari are in the field and the course may suit them as each needs a good result or three. Harrington, McDowell and Freddie Jac (decent form here) are also in town, while Brian Davis and Greg Owen have runnered up here in the past.
Last week we saw two Tour-winners-in-waiting, McGirt and Curran playing off at the Memorial - both likely winners, but surprised it was there! But I won't be surprised if the likes of Hoge and Wilcox play well this week.

10).Back to FedEx. I wonder if they've considered sponsoring a WGC event, given the worldwide reach of their business? I guarantee that, if they transferred their $6M allegiance to, say, Valderama, they'd get a better turn out than the Tour has dealt them in Memphis, Finchem's suggestions that his members play a variety of tournaments having fallen on deaf ears.

Still in a weather delay in Memphis - possible restart in an hour's time would make it touch and go whether they complete the tournament tonight.

kwinigolfer wrote:Could very well be, but the anti-immigration lobby speaks far louder than any pro-LGBT or gun-control lobby.
NRA rhetoric already saying fewer of the club-goers would have been killed if they'd've been armed.

Yes, let's all bring our guns to the nightclub..

That's what these morons advocate, pedro, guns in schools, guns in Churches, guns in brothels presumably.
This country is very, very sick.

Apparently this assassin was born here, a born-and-bred American citizen. Yet it's fodder for the anti-Islamist garbage that Drumpf spouts. And it's going to get worse, put your money on it.

PS: Another Champions Tour win for Langer; breaking records every time he tees it up.

Impressive win for Daniel Berger, some Spieth-like putting when he needed it and plenty of composure to spare.
That should get him into 12th in the US Ryder Cup qualifying list; Phil will reach 3rd and Koepka will be about 5th, bumping Zach Johnson out of the automatic qualifiers.

Decent tournament for Donaldson and would have been even decenter if he hadn't double-bogeyed his 72nd hole, finishing with a 3-putt from 18 feet. That's the sort of thing that could easily hurt him in a couple of months' time.

And Brooke Henderson knocked the flag down to win the Ladies LPGA Major in her play-off with Lydia Ko. Those girls are good.

Forecast for Oakmont for the week ahead.
Consistently warm and not too windy.
Strong chance of thunderstorms on Thursday, less so on Friday, then a fine weekend.

Rainfall month-to-date looks just average, so course should be as soft or firm as they want it unless there's a monsoon on Thursday.

Fox will be doing the commentary so expect the worst, though Azinger will be good if he's done some homework on non-Americans, usually a big blindspot for him.

"A course is either fun, great or tough, and Oakmont isn't fun or great"


Not a great endorsement but his form of late probably gives him some hope that he can finally bag a US open.

Have you seen the Justin Thomas vine where he drops a ball into the Oakmont rough? It was pretty much obscured from sight and unplayable. Ending up in the church pews would be a far better outcome than being in the rough.

I am 99% sure Oakmont has a "subair" system (helps pull water out of the greens), so anything short of strong, steady rain and they can (and will I'm sure) amp up the speeds and receptivity as usual.

This weekend Geoff Ogilvy was playing in the group behind me (at Pine Valley), which boasted Oakmont speed greens and made playing there even more difficult than usual. (Still a great time.)

Shotrock,
This is Ogilvy's final exemption so trust you reminded him that he needs to get his act together if he wants any more USGA action before he turns 50. (Though Fox could do worse than put him on commentary duties if he doesn't qualify next year.)
Golf Digest waxes lyrical this month about PV's Snapper Soup - hope you enjoyed a couple of bowls?


2).Mac,
I thought Phil was actually pretty complimentary about Oakmont - he was injured in 2007 and really struggled, probably should have sat it out.
As for Justin Thomas, I hear/read more than enough about him without searching out for more. Not sure that he's the great white hope that the media thinks.

Said a quick hello to Geoff, but didn't remind him of that Kwin!

Snapper soup is tasty, but much prefer the coleslaw there (which is generally held in higher regard).

Pretty hot that day and a group from the Berkshire was easy to spot (still acclimating to the weather and likely spent a lot of $ in the pro shop for the cooler shirts and shorts).

golfwrx had a couple of snaps of Oakmont rough, I assume the same pics Mac mentioned. Stood directly above the ball you could hardly see it.

Also had a video from Fowler showing a putt just going on and on and on and on etc. Didn't look like it would reach then went 30 foot past with seemingly hardly any change in pace.

Will the 8th be set up to play >300 yards at some point during the week? Who will have to take driver on the long par 3? 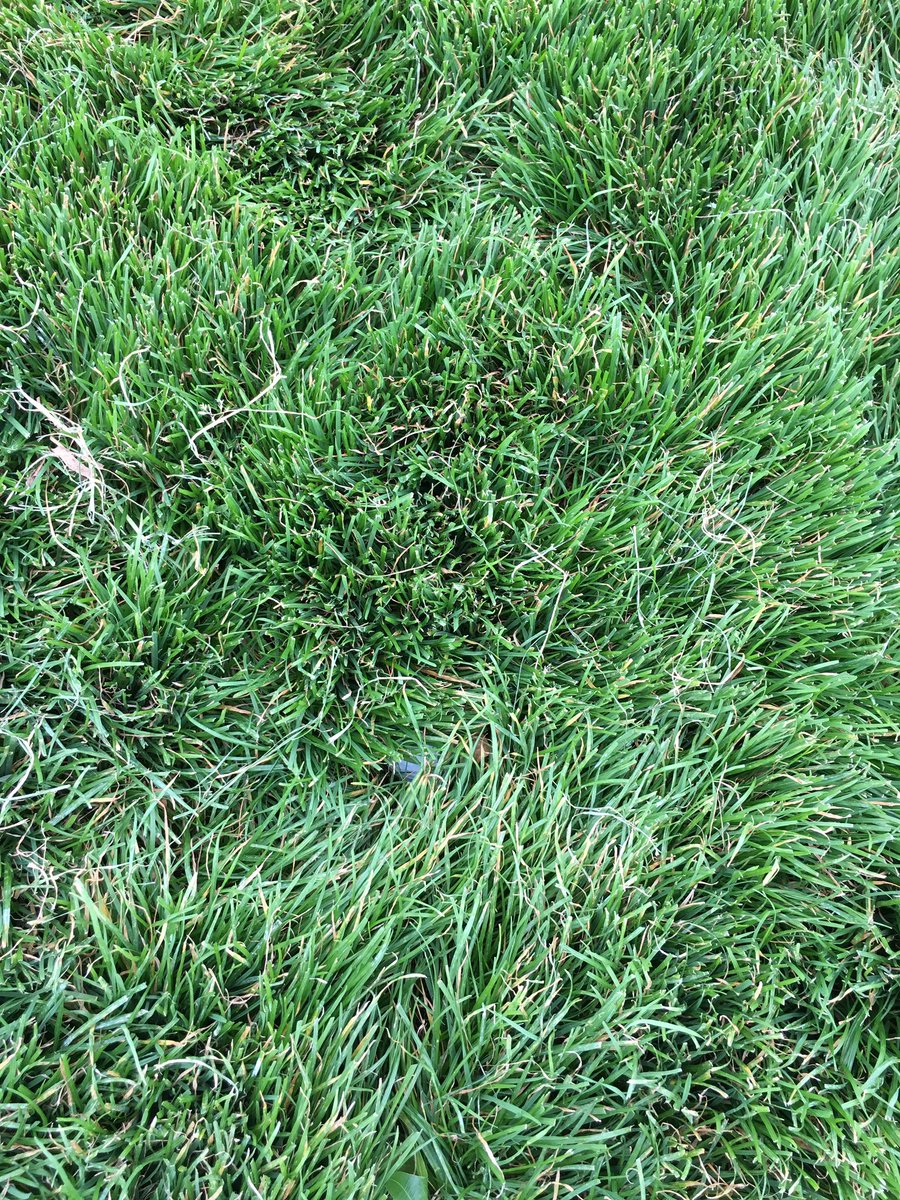 McLaren wrote:Will the 8th be set up to play >300 yards at some point during the week?  Who will have to take driver on the long par 3?

Go HERE Mac, and you can play it on your computer. Click the box above right of the video screen and it opens the WGT golf game.

Webb Simpson probably has the right idea about number 8. 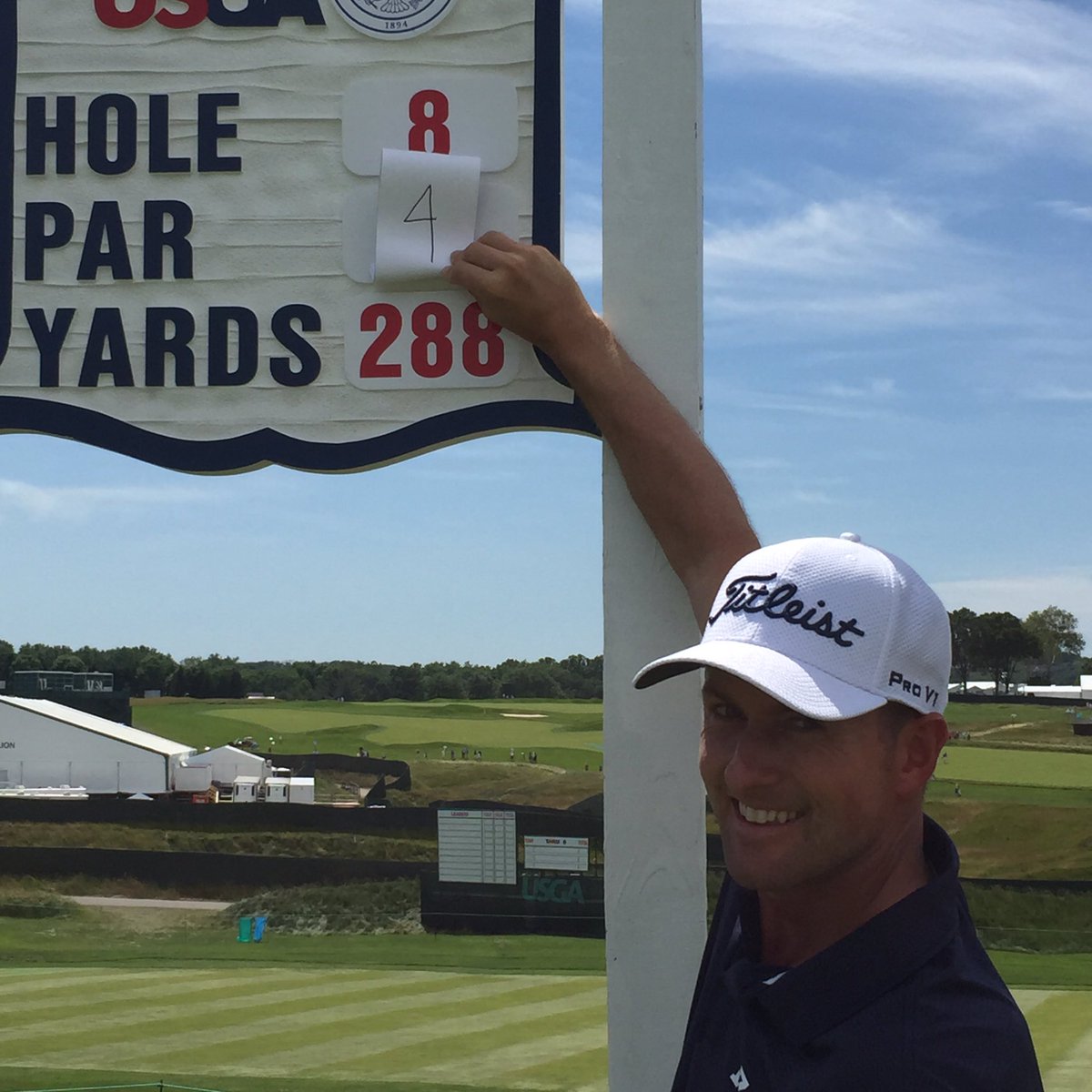