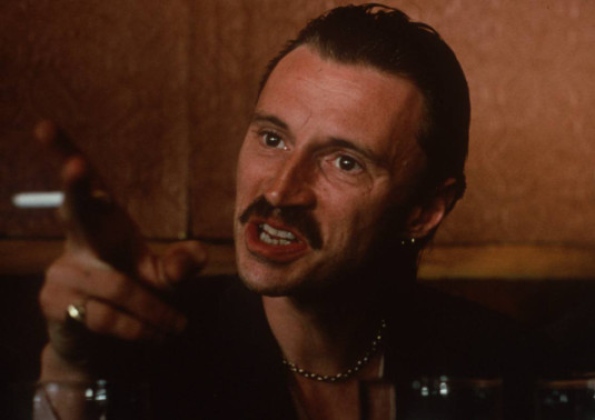 Seems that the website doesn't hold last year's stats any more, so these match day threads are going to be shorter and less interesting this year.

Pleased to see it's live on Sky.

Anyone want to hazard a guess at what Toonie will start the season with??

I think we need to put as close to a full strength team out as possible in the first 4 weeks or so, given the fixture list.

Assuming none of those who played on Wednesday will start, I would hope to see something like:

I have probably forgotten half of our players and new signings in the off-season, however.

That's pretty much what I'd go for Senlac, though I note that on Instagram Bennett says he's coming back from holiday today, and will start training on Monday. I guess that was inevitable, as his summer commitments ran the latest of anyone in the squad.

To be frank, I'd give up a trip to Galway for an extra few days in Rio as well!

You could play Lamont at 13 instead, for a laugh.

Had forgotten about Big Richie V. Could stick him straight in at 13 quite handily.

Have to say I'm very keen to see more of Grigg though. Been very impressed with what I've seen so far.

Just realised I have no replacement back-up at 10 in that team though if Horne gets crocked, so probably have to replace Grigg with Shulte.

Team should be announced soon anyway...

It is the third consecutive time the Warriors have faced Connacht in competitive action following two games at the Sportsground at the end of last season.

Sean Lamont could become the latest Glasgow centurion from the bench, while Ryan Grant will make his 100th PRO12 appearance if he comes on.

Italian international Leonardo Sarto will make his competitive debut for the club on the right wing, while Alex Dunbar and Sam Johnson link up in midlfield.

Connacht are the champions and I’m sure they will be full of confidence playing at home again. They played some outstanding rugby last season and they will be formidable opponents for us.

"We have an experienced group heading to Ireland, one which will be full of determination to do much better than on our previous visit. It should be a fascinating contest."

Will be good to see Sam Jonson get a bit of a run - he didn't play much last season but looked promising when he did.

It's a good Glasgow XV (albeit some question marks over the front row), but the bench is a bit of an unknown quantity (Lamont aside as we know all about him).

Decent team out for the Warriors. They have recruited well and still have strength in depth, but something tells me they will not be as competitive as they have been this season.

Neither that front row or back row will particularly scare many teams, for example.

Yea, the first few games without Nakawara will be interesting.

Without his breaks and offloads who is going to step up and provide the quick attack ball that Toonie's team need?

If the answer is no-one then surely a new game plan will be required if the weege are to remain competitive in this league.

Tom English wrote a nice piece about the Irish teams and I agree that Connacht may struggle to defend their title. You cannot lose your club captain and boiler room mainstay (Muldowney), first choice 10 (Squinty MacGinty) and Irish talisman nailed on centre (Henshaw) and show no effects. Add to that the fact that Schmidt will take a larger number of their players at crucial points in the season and the playing field between Lam and all of the other coaches looks an awful lot flatter.

The Connacht team which won the final and the team posted above has 7 different players.

From a soapdodger perspective, the first 15 looks very good indeed - add Russell and Bennett back in their usual positions and I think that backline is as good as any in the league.

Still makes my head fall off to see Corey Flynn's name on the subs bench. I am hoping to hell that Ryan Grant will have taken a long hard look at himself in the off season, realised he's lucky to command a pay cheque where bears no correlation to the lack of value he contributed last season and realise that unless he starts to look more (or even at all) like a B&I Lion then he's looking at a huge demotion when his contract ends this season.

Uanivi will already be fed up with people asking him to what extent he can do what Naka did (not really a fair question when no other lock in world rugby can) - I hope that he just settles and plays his natural game. He could be great. In Gregor Peter John Townsend we trust.

Muldoon is club captain, and he's still there!

Actually yes, Muldowney wasn't the captain - he was bloody influential though.

Slightly off-topic gents, but one for George C.

I have just returned from Ayr, which produces more World Class players per head of population than Auckland or Bloemfontein. While there I nipped into a cornershop for a newspaper. As I was paying my eyes fell on the shelves of cheap non-branded booze behind the counter. All the usual suspects were there: Macktavishes Genuine Skotch Whiskee, Vladimir's Potato Vodka and so on when there it was half bottles od Buckfast.

I have spent far too much time pondering; just how desperate does a person have to be to buy a half bottle of Buckie? I'm pretty sure the full bottle was retailing at 97p.

Well Jimbo, I'm no expert on backwards, indigenous populations, but I believe those toothless yokels call that 'breakfast'.

No, no Eejit old boy. Breakfast must be deep fried. I believe the Buckie is known as a starter in the more salubrious parts of Ayr.

I have just returned from Ayr, which produces more World Class players per head of population than Auckland or Bloemfontein. While there I nipped into a cornershop for a newspaper. As I was paying my eyes fell on the shelves of cheap non-branded booze behind the counter. All the usual suspects were there: Macktavishes Genuine Skotch Whiskee, Vladimir's Potato Vodka and so on when there it was half bottles od Buckfast.

I have spent far too much time pondering; just how desperate does a person have to be to buy a half bottle of Buckie? I'm pretty sure the full bottle was retailing at 97p.

Jim, despite its undoubtedly educational content, I am not convinced that your monthly subscription to 'Nuts and Sluts' magazine can really be described as 'a newspaper'. When I was a boy, we referred to the half bottle of Bucky as 'the breakfast bottle'. Or one which no self-respecting businessman would fail to have in his briefcase/car for those moments of self loathing when you realise that you have given up on life, but are surprisingly comfortable with the fact.

Good half Glasgow, bit if Gloucester have taught us anything it is that it's an 80 minute game!

I was having kittens after that Ryan Wilson tackle, no quibbles with the yellow and it was probably the right call.

Going to be a close game this half, the bench may be the difference.

Is it all terribly sexy from us? Or are we really digging in?

Bonus point in the bag.

Eesh, this is hard to watch. Glasgow look really strong, rode the pressure Connacht put on in the first half in the scrum, its just one way traffic. Glasgow are just that bit cannier as well, better game management, line speed and slowing the ball down.

Sarto as well settling right in, absolutely deadly that back three.

Carty either to be honest, and Kelleher really lacking quality.

I was just join to say two extremely contradictory things;

Of course if its Gatland there's no point in bringing players who thrive in a fast, unstructured game. Or watching the Lions, for that matter!

Connacht have been very disappointing

Carty either to be honest, and Kelleher really lacking quality.

Commentators said Connacht only had one warm-up game, thats really unprofessional if true. Ulster are only starting to get it together after four games. No way can you play one game and go straight into a big game like this.

Glasgow incredibly impressive given almost all the other teams are still gelling at this stage. They look slick and seasoned.

Why did Connacht have only one warm-up game? Were they cancelled? Not planned?

I take back what I said about it being a close second half!

Connacht realising that defending a title is not going to be easy. I agree that they look off the pace and are missing the pre season games they missed

Seymour really is very good under the high ball - as good as any NH winger and his strike rate for Scotland is pretty good (13 tries in 29 caps), given how poor the team as a whole has often been.

So obviously he'll get ignored in favour of Simon Zebo or someone who once did a fancy thing on television 3 seasons ago.

Schlong is on, the syphillis ridden old love monkey.

Lam does not look clever after this start.

Ok - have lost interest in this. Walkover by Glasgow.

Pot Hale wrote:Why did Connacht have only one warm-up game?  Were they cancelled?  Not planned?

The last 2 got called off. Bad luck

Ouch, this is a massacre!

Happenings of the match. 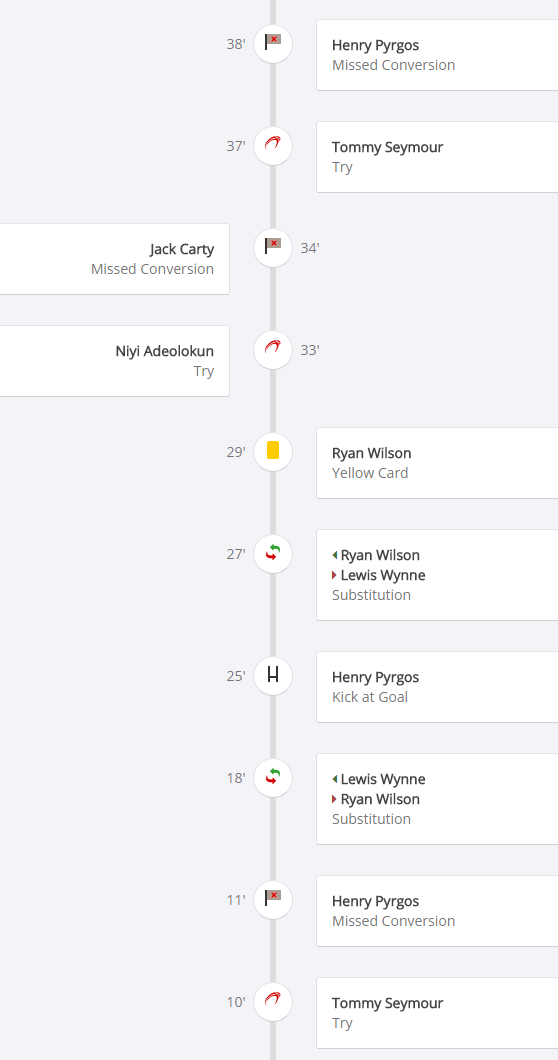 First half of the second half

Second half of the second half

Barnes making a mess in his trousers over Stuart Hogg

Only watched the last 27 minutes, but that seemed an unexpectedly controlled performance.

Connacht lost once at home all year last season.

That was very impressive, we have not always been fast starters.

Any doubts as to whether Glasgow are still hungry can be put to bed!

You can't expect too much from these Borderers: 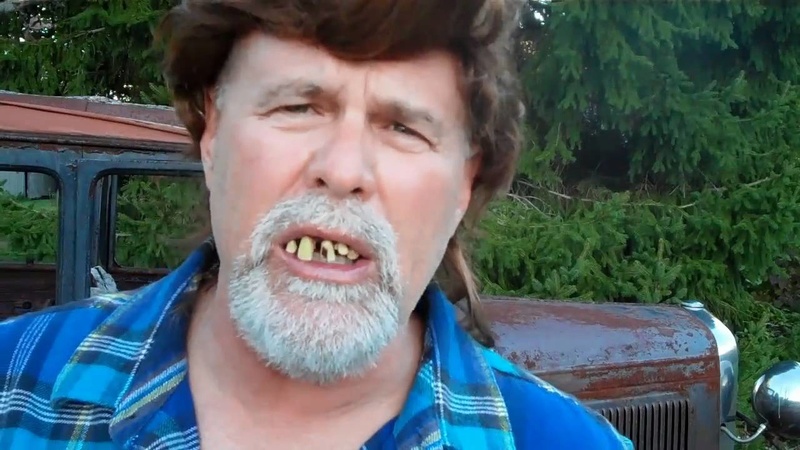 Ouch, sounds like a resounding win from Glasgow - should be a good season for them succeeded by more when Rennie comes in. Was last year a one off for Connacht? Have they not replaced the players lost? Early days yet but the signals aren't good, same goes for Welsh teams.