Ain't doing it no one reads it anyway

Kinda a boys will be boys thing to an extent, Red Bull knew the lineup they were putting together and they've done nothing to mitigate it despite 2 or 3 warnings in that same race it was boiling up to something.

Hamilton lost a win in Australia due to the VSC, Vettel lost one in Azerbaijan due to an actual SC. It always evens itself out over a long season. Bottas must be pig sick two race wins passed him by without any mistakes on his part. Ricciardo isn’t ever becoming a champion regardless of however much Sky Sports try to big him up. Ricciardo is no more than Webber mark 2

a simplified front wing, with a larger span, and less "out-wash potential" - ie, more air will be directed inside the front wheels rather than outside them

simplified brake ducts with no winglets

If it works then it's all good for F1

Relatively easy to notch up the wins in these formula’s, just ask two-time WEC, Brendan Hartley. Surprised Alonso didn’t make a permanent jump earlier on to be honest, as he knew his F1 days were over a long time ago. Could of built up quite a CV outside of F1 by now, but the easy payday of £30m a year, was undoubtedly the reason he didn’t. Robert Kubica returns to F1 today, first FP1 session in 7 and a half years

Very happy for him. Hopefully it'll keep his motivation up while we wait for McLaren to provide a serious challenge to Red Bull.

Fernando wrote:Ferrari have mounted their mirrors to the halo device in a new aero update

Fernando wrote:
For 2019 FIA have changed the following to make following cars easier

a simplified front wing, with a larger span, and less "out-wash potential" - ie, more air will be directed inside the front wheels rather than outside them

simplified brake ducts with no winglets

If it works then it's all good for F1

A small step in the right direction. Will be interesting to see how much of an impact these changes have. Still hoping they have the cojones to make big aero changes for 2021 (i.e. bring back ground effect aero).

Mercedes fastest on Friday, with Ferrari and Red Bull lurking. Expect Ferrari to turn up the wick on Saturday though.

Super soft seems too soft for this track, burning out, and the soft tyre was a quicker tyre. Makes Sunday a likely 1 stop for everyone again.

Might be the worst driver I've seen in F1.

The car is terrible, but you have to consider Kubica or some other veteran.

Was fairly close, the supersofts died by the final sector.

In first practice Kubica made Stroll look silly. 1.2 seconds quicker in a car he hadn't driven since January. Granted this year's Williams is a bit of a donkey, but teams should be taking a close look at Kubica as a driver.

Granted, his physicality means he has to adapt his driving a bit but if he's doing testing later with no issues, someone HAS to sign him. He's too good to be left out. I have no doubts that Stroll and Sirotkin were chosen solely on financial terms.

They were but there were also reasons Renault also passed on Kubica after seeing him up close.

But nothing to lose by letting him loose for a GP at this point. Worst driver line-up on the grid by a mile in a year where the back markers look capable of picking up points

Few pundits suggested the onboard shots of Kubica are why he’s limited to test development nowadays. He barely grips the wheel in testing with his right hand, he just cradles it. Having to deal with wheel-to-wheel racing, and fast manoeuvring of the wheel, is completely different to dealing with a sterile testing session. Still a big unknown how he deals with actual racing and that kind of environment.

Ferrari's mirror/halo thing deemed illegal but not made to change today.

Also Takuma Sato used to drive one handed in cars harder then this John it's not really an issue.

Wouldn't be surprised to see him pop up at Toro Rosso for a few races cos Brenda looks well out of his depth atm.

Carnage on lap 1. Grosjean lost it onto turn 3 and his incident took out Hulkenberg and Gasly

Comfortable win for Hamilton, in a relatively uneventful race. Mercedes lead the constructors once more.

Back to the drawing board for Ferrari though. Always had fears over their development over a season in comparison to their rivals, and that banned halo piece is case in point. No pace and ate its tyres up today. Kimi enduring engine issues all weekend too is a concern. Great drive from LeClerc, who looks capable of replacing Kimi with this constant progression.

Pirelli changed the tyre composition for this weekend. Harder after consistent complaints from Mercedes. Aided by colder conditions in the race a dreadful race was guaranteed

Complaints were not solely from Mercedes, it included RB too. Definitely has hurt Ferrari though, hence why Vettel was so outraged at Pirelli’s decision. Doesn’t help though, when strategy calls end up being the wrong decision, and costing a shed load of points in back-to-back races.

Was Baku poor strategy though? You can’t plan for a safety car with Bottas banked on, but Vettel made the mistake on the restart.

Ferrari claimed after the Spanish gp that Vettel’s tyres where cooked so he had to pit. So it’s a little bit of tough luck

Baku was because he was a naughty naughty boy on the restart.

Today was because they couldn't guess Force India were going to pit too meaning couldn't release him.

Strategy was good circumstances went against them.


It's interesting that Pirelli folded to pressure from Merc/RB only not the rest of the field just 2 teams seems dodgy as f**k that.

Merc go from a circuit they understand deeply after winter testing to their 2nd biggest achilles heel on the calendar after Singapore. On paper (and from their own words) they expect to be trailing RB and Monaco.

Ricciardo will fancy righting the wrongs of 2 years ago while Max has struggled to stay out of the barriers here. Vettels record isn't excellent here either, if he gets a clean run, I'd take a stab at Ricciardo pole/win.

Apparently Monaco may be Brendan Hartley's last race for Toro Rosso. I like Brenda but he looks well out of his depth honestly.

Kubica, Markelov, Kyvat & Werlhein the replacement list allegedly as they don't have anyone lined up in the RB juniors yet.

Nicolas Latifi's dad has bought a share in Mclaren so expect to see him there soon going by usual F1 standards...

Rather see Vergne get another crack than any of those tbh

GSC wrote:Rather see Vergne get another crack than any of those tbh

Considering the way he trashed them highly unlikely. 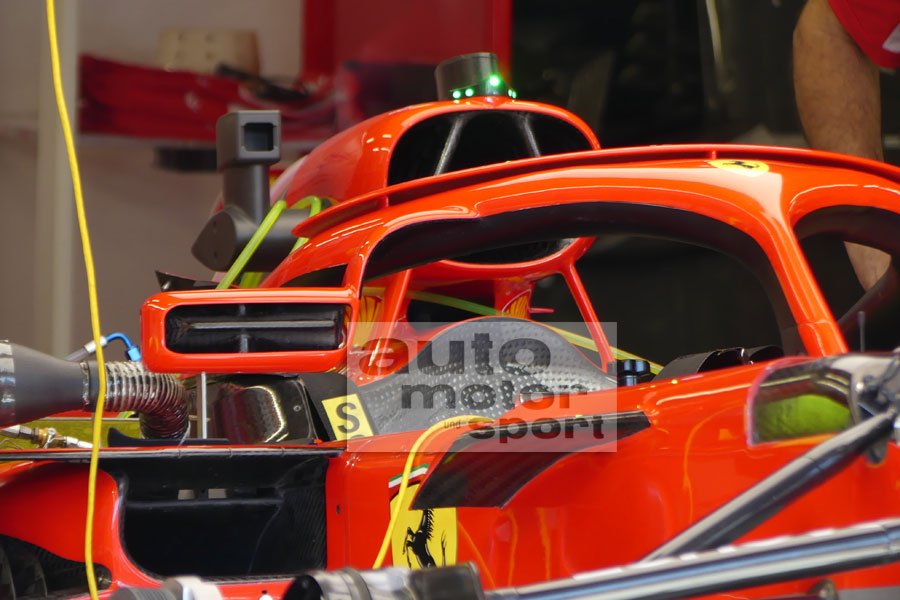 Don't see what the Scuderia's obsession is with these halo mounted mirrors. Maybe they should've worked on their tyrewear issues

Not that convinced they've had that issue outside of Spain. Certainly if it were a major issue, Vettel wouldn't have won in Bahrain.

Nonetheless, tyre wear is rarely a major issue at Monaco. See how the hypersoft hold up though

The consensus is the hypersoft will do all 77 laps

RB have generally shone well on Friday (Thursday here) before falling back on Saturday. Will see if the same occurs.

McLaren should be up there with Red Bull with their "best chassis" surely...

Verstappen destroys his car in free practice 3 after being fastest.

Only word for it is stupid really. Best hope Red Bull can get that repaired for quali or he goes from potential first row to back of the grid at the hardest track to overtake

Verstappen has to change gearbox. Starts from the back of the grid tomorrow.

Lance Stroll getting destroyed by Sirotkin. Stroll is embarrassing

Sky sports hyping up Riccardo like he's an all time great

No way at this point RB can afford to lose Ricciardo. Max way too much of a wildcard to lead a team.

Riccardo outperformed Vettel at Red Bull, when Red Bull was no longer competitive in terms of winning the championship.  Some have suggested Vettel was lacking motivation at the time and was looking for a move away from Red Bull.  Along comes Verstappen and the impression was Verstappen was faster than Riccardo and it began to look like Verstappen was going to be the chosen one at Red Bull with Riccardo playing second fiddle.  However Riccardo has kept performing well and has not allowed this to phase him, while it looks like Verstappen is just too aggressive and headstrong leading to incidents and accidents.

Riccardo has never won a race on merit, always reliant on other drivers misfortunes. Verstappen, going through a tough period, has shown he can beat the best on merit.

That's the difference. Riccardo at best would win one world championship, he's a similar level to Button. Verstappen can win unlimited amounts

Has Max beaten the rest on merit? All his 3 wins were reliant on other drivers misfortune. Ricciardo should've won at Monaco in 2016 by 30 seconds but for RB.

Verstappen won in Mexico City on merit. He made the pass on Vettel and was leading. So the incident between Vettel and Hamilton subsequently is irrelevant.

Max's win in Mexico is far more credible than anything Riccardo has ever done.

Its not irrelevant that two faster cars effectively wiped each other out at the first corner wtf.

Verstappen lost pole to Vettel by less than a tenth, red bull where the fastest car in Mexico

So your basis for them being the fastest car is they didn't get pole?

Quit while you're ahead...