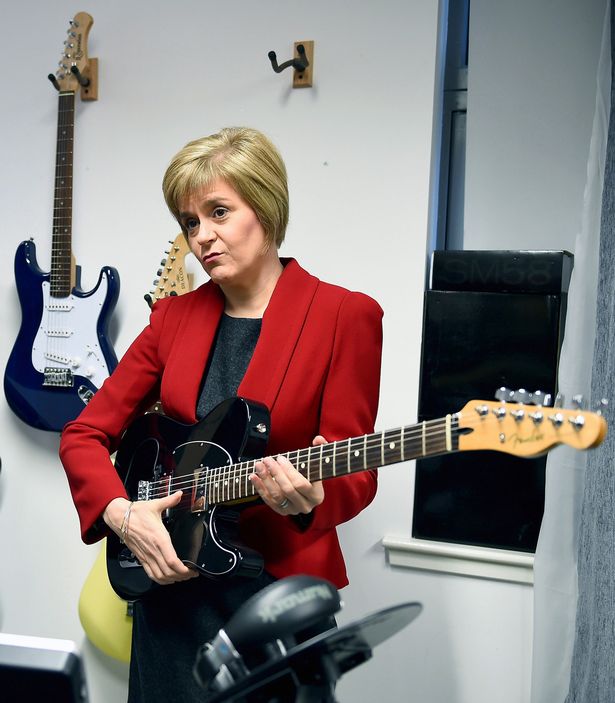 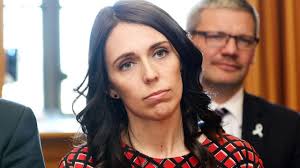 On the 18th of January 1964, Scotland played NZ at Murrayfield resulting in an unusual scoreline of 0 - 0 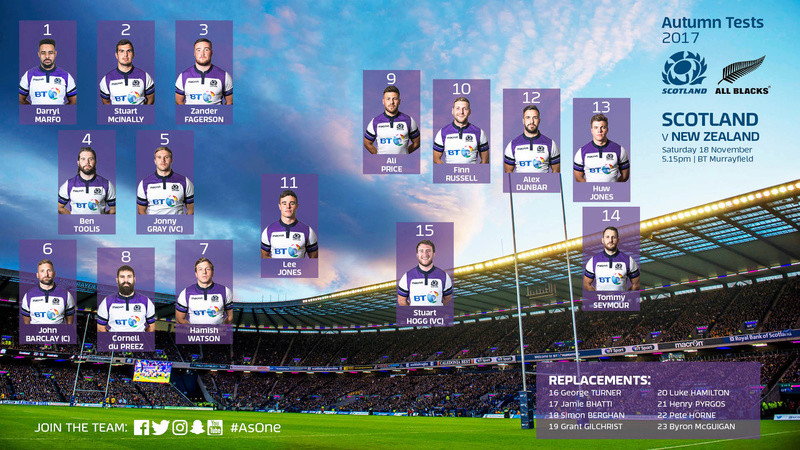 Scotland have dominated the opening exchanges and are 3-0 up after 13 minutes.

Duty281 wrote:Scotland have dominated the opening exchanges and are 3-0 up after 13 minutes.

Referee talked out of giving a rightful YC.

Seymour isn't having his best of games

I don't think I've ever said this or will ever say this again but can we sub Seymour for McGuigan.

Not like Seymour to be making such silly mistakes

Did he actually touch that??

Yes, it clearly caught his shorts

Next 20 minutes very important. If we can just keep the score as it is through keeping possession, we really have a chance

Marvellous half from Scotland backed up with impressive levels of ambition. They may, however, regret the missed opportunities.

New Zealand are, for the moment, looking as toothless as their Rugby League counterparts this morning!

No idea why Russell attempted a drop goal. Should have played for the penalty

Well we are still in the game. That is the first step

Can we maintain this level of intensity as we start to tire?

Our lack of a meaningful bench may well be crucial, but I am sure they will all give it everything as well

Good to see another side messing up a restart

Scotland miss one tackle too many.

We're still in this.

The key is going to be ball retention

Seymour should have been under that high ball. Where TF was he? Then he doesnt really attempt to take out the try scorer.

Why do we always pick up abnormal amounts of injuries in big games?! Its very frustrating

Injuries are killing us. Hamilton has played well since he came on

Could be, although I'm not sure we're that far off other teams in terms of pure fitness, physicality may be a different story. Possibly we just get less exposure to games at this kind of intensity and the players aren't used to it?

Seymour needs to come off

Could be, although I'm not sure we're that far off other teams in terms of pure fitness, physicality may be a different story. Possibly we just get less exposure to games at this kind of intensity and the players aren't used to it?

Or it could just be bad luck

Hamilton just feel badly, nothing to do with fitness

Finally. A bit of luck for us

Boy did we deserve that

Totally cynical, professional foul. Would have been a red if it was up to me.

So many penalties in the red zone!

Why on earth did Scotland choose to go for the scrum?

Why??? Why opt for a scrum when we've been mullered every time?

Gaaaah how did they not wheel that scrum??!

Man that's hard to take. One offload short of getting it

Sterling effort from Scotland. Just not clinical enough in the end.

I do like Reid, such a good bloke he always speaks so well right after putting in a massive shift

Fantastic effort from the Scots. What a player Hogg is!

Ach. One bit of brilliance from SBW/murderous defending from Horne was the difference in that game

Well. That and the fact our scrum was mullered every time

What more do we have to do?

Bad luck Scotland - can't help thinking if they hadn't gone for the scrum when they had NZ pinned under the posts they may have scored then and given themselves more time to get the extra score ... think that was a bad call given how poorly the scrum had been going.

If Fagerson cant play next week do we start the penalty machine Simon Berghan, at 3, against a strong Aussie scrum? I know Toonie wants to, but should he?

I think his stats were that he conceded 3 penalties in 6 scrums, including the one of the Ab's five metre line against a 7 man scrum with Reid playing in the row behind their loose head.

Well done Scotland, once again took a little bit of AB magic to get over the line with the Barrett try and a last minute stopping of Hogg. This is another of several matches the ABs should have lost this year so its not the best of AB sides results wise but as Hansen says a resilient one, finding a way once again.

Utterly heartbroken - what a heroic performance!

Negatives
- This was played in front of a raucous crowd that was riled up by Weir. Gutting to not finish the job
- Scrum became a problem when McInally went to the back-row. Not sure how much was Berghan as well
- Seymour had a disastrous first half and cost us field position twice/3 points. Got beaten on the outside that thankfully led to nothing when going for an interception at the end of the half
- Considerable territory in first half with little to show. Needed a more clinical edge
- Our first up tackles on first phase after a scrum falls off towards the end of halves (Ioane and SBW are not the easiest to stop granted)
- Restarts still not sorted on either side. Kicking less of an issue. Receiving still a big problem
- Did not win with the opposition at 14 for the last 20 minutes and conceded a try

Positives
- Just pushed the best side in the world to the brink whilst losing Watson, Fagerson, Hamilton and Dunbar to injury in the first 50 minutes on top of all the other absentees (our first 4 LH's, starting hooker, starting TH, starting lock, usual back-up back row, back-up 9, starting wing, back-up centres or 9 of our first choice 23)
- The starting backs were phenomenal bar the wings though Seymour did well with the last try. Price, Russell and Hogg are the best 9/10/15 combination in the NH when they are playing like that and that was without a stable scrum. Don't think any other combination of players outside of NZ and maybe Aus have any legitimate claim
- NZ should have had 3 players booked minimum and, the 2 that were, were down to pressure from Scotland, not bone headed decision making on the player's part
- Forwards matched NZ's physicality for large parts of the match. How much is down to Rennie and Cockerill?
- Of the new caps, Hamilton did not look out of place, Bhatti did fine, McGuigan did not have a chance, and Turner needs to work on his scrummaging to make it

I am annoyed by 2 key decisions. Not letting sub take place when Dunbar was being taken off the field as NZ were kicking for touch and led to first try.  TMO talking out of the yellow was silly. With the rules as they are, it was a yellow. Shoulder in the air. Did not wrap at all. Mitigated by Price and accidental contact from being red. I probably blame the assistants more than the ref for both.

A personal bug bear through a couple of rucks was the failure to ping Aaron Smith whose idea of getting out the way includes holding the tackled man til the ruck is formed and then getting out the way by walking in front of the 9 as the 9 is about to play it slowing the ball down further (no blame on Smith, if you can get away with it, you do it). Otherwise let game flow and the penalty count was probably about right. Would not mind him reffing again on reflection.

Great performance...great game. The Calcutta Cup is going to be a cracker this season...I'll be amazed if we don't have Scotland, Ireland and England making up the top 3.