So the first plague games are to be played in less than two weeks, provided Scotland isn't overrun with the 'rona in that time. 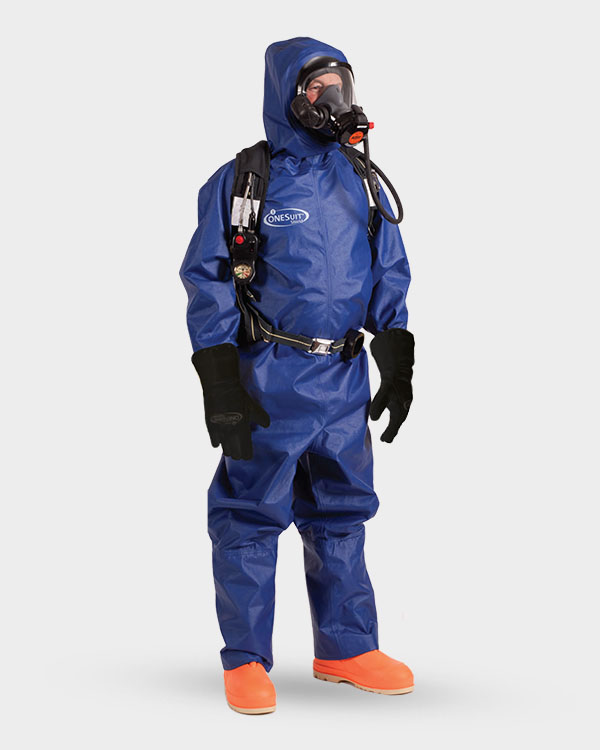 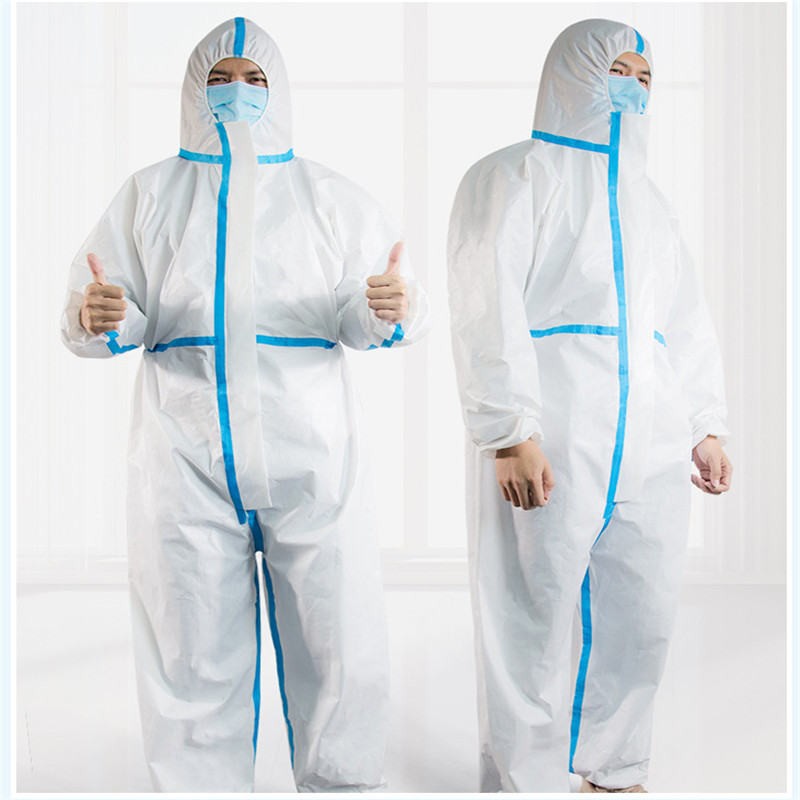 Edinburgh are playing for a home semi.

Glasgow are playing for a slim chance.

Who would you like to see? Who should be starting on form (from 6 months ago...)? What changes do you think we'll see from DW? With Lance gone will we see Chamberlain on the bench? Will any more of the young new talent feature?

It's been a while since we've been able to discuss an actual game so am definitely relishing this.

TEAM NAMED FOR 1872 CUP DECIDER
21 AUGUST 2020
Glasgow Warriors Head Coach Danny Wilson has named a squad containing 17 internationals for tomorrow’s 1872 Cup decider against Edinburgh at BT Murrayfield, as his side take to the field for a competitive match for the first time in six months.

Fraser Brown will lead the side out on Saturday evening after being named as one of the squad’s co-captains earlier this week, a year after skippering the Warriors to a 34-10 victory over Edinburgh at Scotstoun.

Oli Kebble and Zander Fagerson will pack down on either side of Brown in the front row,

An all-Scotland pairing of Scott Cummings and Richie Gray forms a formidable second-row partnership, the latter in line to make his first Glasgow Warriors appearance since 2012 after re-joining the club earlier this summer.

Matt Fagerson starts at openside flanker for the first time this season, with vastly-experienced duo Rob Harley and Ryan Wilson completing the back-row.

The backline sees Ali Price get the nod at scrum-half, as Adam Hastings lines up outside him in the number 10 jersey.

Pete Horne and Nick Grigg are paired together in the centres, with both men retaining their places in the starting XV from the club’s last outing back in February.

A try-scorer in Glasgow’s last fixture at BT Murrayfield, Huw Jones starts at full-back for the first time since joining the club in 2017, as Tommy Seymour and Ratu Tagive are selected to start on the wings.


On the bench, Dylan Evans is in line to become the 311th player to represent the club after arriving on a short-term loan deal from the Scarlets to provide cover at loose-head prop.

George Turner and D’arcy Rae join Evans as the front-row replacements, whilst Kiran McDonald and Tom Gordon – winner of the club’s Most Improved Player of the Season award for 2019/20 – complete the cover for the pack.

George Horne and Niko Matawalu will be looking to make an impact from the bench if and when called upon tomorrow evening, with the pair boasting 73 tries between them in Glasgow colours.

The replacements are rounded out by Glenn Bryce, as the Alloa man caps off a week that saw him agree to a contract extension until the end of 2020 by claiming the 23 jersey.

Speaking to glasgowwarriors.org, Wilson said: “This is the first opportunity for myself and the coaching team to look at different combinations, and we’ve considered a number of factors when selecting this side.

“We’ve looked closely on how we bring our own style into the game, as well as the weapons we know that Edinburgh will bring tomorrow evening.

“We’ve had to consider our options at 15, and Huw is someone that we felt can be a real asset in that position. His running ability is second to none, and he’ll bring a lot of attacking strength.

“We’re also grateful to Scarlets for loaning us Dylan [Evans] as cover in a position where we’ve currently got a couple of injuries – he’s an athletic loose-head and he’s capable of making an impression off the bench.

“The boys have trained well this week and they’re all looking forward to getting back out and into a competitive match.”


Glasgow Warriors team to play Edinburgh in the Guinness PRO14, Saturday 22 August, kick-off 5.15pm, live on Premier Sports 1. You can follow the action in the Live Match Centre on glasgowwarriors.org. Glasgow Warriors appearances in brackets.

Edinburgh meanwhile have a surprising team selection, which looks to be enforced by injury

Flounder, you've been supping too many tubes of Tuohey's

That's not a bad back line.
Aldi Price haircut is the Scotland half back pairing.
Tagive-Jones-Seymour is a decent back three; interesting that both wingers can play full back so Jones has two minders there.
Furra-Squigsy may be a tad on the small size but it's not as if the Luvvies centre will get their hands on the ball often enough to ask any questions beyond "Do you have any Ralgex? I've pulled a muscle in the back of my neck watching all those high kicks."

Well both teams a little way off full strength, adds a bit more to the lottery factor of it being the first day back at school.

You would imagine that the continuity of the Edinburgh players with their coaches and strategy will come through for them but still not an easy one to call and I won't be putting my shirt on a result for either side.

Back to it then lads. For all the plaudits from the East coast Gin drinkers on these boards, the Debenhams Makeup Counter XV still fails to impress when compared to the proper rugby team. Plus now that Cowboy Dave has ridden off into the sunset it should be an open and shut BP win for the Scottish international rugby factory.

Jokes aside, I trust you're all as excited at rugby coming back as I am. I might even patch the Europa League final to watch Benetton Zebre tonight.

Jolly decent of Cockers to throw the unwashed a bone with that team. Still, it's the hope that kills you, or more likely Duhan making mince meat of those Glasgow backs.

I was almost starting to worry about that Glasgow side, then I saw their midfield which is utter mince

Decent on both sides considering the injuries. Dylan Evans loaned from Scarlets is a new one. Sure he is looking forward to coming on against a Schoeman - Willemse - Berghan front row.

Almost got a good 15 on players listed as unavailable. Need one more back and we are there

funnyExiledScot wrote:Jolly decent of Cockers to throw the unwashed a bone with that team. Still, it's the hope that kills you, or more likely Duhan making mince meat of those Glasgow backs.

TheMildlyFranticLlama wrote:I was almost starting to worry about that Glasgow side, then I saw their midfield which is utter mince

Fagerson at 7 - looking forward to him v The Mish!

Blade Thomson is lining up for Scarlets this weekend at blindside flanker, been a while since I saw him play. I thought he looked a little under powered at the rugby world cup but if I remember correctly he was not long recovered from a fairly long injury layoff. Might be a bit sharper now with the down time.

The fact remains, the luvvies and success is a bit like Jimbo and the quote function. No matter how much training, preparation and discussion that goes into it, they're just not compatible.

Death, taxes and the luvvies being constant disappointments and all that.

Eejit wrote:The fact remains, the luvvies and success is a bit like Jimbo and the quote function. No matter how much training, preparation and discussion that goes into it, they're just not compatible.
I  think you'll find that I am very compatible, especially when strong drink has been taken.

Death, taxes and the luvvies being constant disappointments and all that.
The Perfumed Hipsters never disappoint; they are a constant source of amusement.

Eejit wrote:The fact remains, the luvvies and success is a bit like Jimbo and the quote function. No matter how much training, preparation and discussion that goes into it, they're just not compatible.

Death, taxes and the luvvies being constant disappointments and all that.

Look, this game is a bit of a lottery with the time off and the fact that Glasgow have found themselves with actual rugby players in their second row.

But then they have Bob “great servant but come on now, pensioners are supposed to be shielding” Harley is on (can’t believe he’s only 30. Sheesh)

Seriously though. Cockers plan will be to bosh up the middle using our superior backrow. Superior spiritually, ecumenically and grammatically. Superior in every way. Then the ball will be given to VDM (the good one, not the retired one) to basicallly round over Pete “makes everyone else around him look good” Horne and around The little battleship.

Glasgow will be bruised, bloodied and battered by 60 mins with Edinburgh winning by at least 12

But then again it could be a lottery

Great to hear from you. But did it really take 11 or 12 very poorly constructed sentences to convey the core message?

Oh, in case anyone is confused tiger's core message is , "It's nearly two in the morning and I can't sleep for worrying about Big Bad Bob and all the other rough boys from the wild west coming over to trample on our little cherubs."

Cheer up tiger: misery is good for the soul.

Maths and geography aren’t your strong points then Jimbo?

tiger, MrsPip knows what my strongpoints are.

I'm unsure about the number of sentences in your post because you seem to have been heavily influenced by ee cummings in your use of puntuation.

Last time I looked Glasgow was west of Luvvietoon. How strong were the winds last night, then?

Yes tiger, I have missed you.

It was only midnight

Missed you too jimbo

Well lads I'd appreciate some commentary of the game on here - looking forward to reading it in the morning.

First time for everything on here!

Flounder, the Luvvies are holding their own and don't look too shabby! Mind you it's still ten minutes to kick off.

So ready for this, it’s been a long time coming!

McInally wins first pen on a turnover. Refs blowing very quick as they have been doing elsewhere

and another pen, Fagerson not rolling away.

Thought the beeb were doing radio commentary? Would much rather listen to the whimsical Ramblings of Peter Wright

Jones takes his first high ball clean, but another kickable pen to Edinburgh

Huw Jones gets a hospital pass from Tagive and another pen, this ones goes to the line

Absolute penalty fest so far, like most of the games so far

Somewhat predictably, it has been a penalty fest so far. It will take a few games for the new interpretation to sink in

Close call that forward pass, Duhan was away in some space if that hadn’t been called

Edinburgh make a horlicks of that one

First try to Glasgow with some serious afters

Very soft try Glasgow, followed by a nice bit of a fight

McInally grabs Hastings round the neck and that set it off

Restart with a pen for Glasgow

Re-start with a penalty?! Is that even a rule?

Glasgow turn down a kickable pen, they need the TBP

Nice little dart by Groom and its a Edinburgh try after a lot of phases of pick and go. Better accuracy there

Groom, Dean and Bennett have been very sharp so far despite the slow and mistake ridden first 30 mins. Sutherland still looks good and Nel looks a bit fresher than he was pre covid