Who would have thought that Liverpool's strength would be the defence after the start to the season!

Are Chelsea in danger of being too comfortable at the moment? They'll be five points clear with this draw, but they do have some tough fixtures and it's not that out of the question that they could be caught. Earlier in the season they'd have taken this QPR team apart, they look fatigued and perhaps a little complacent.

Indeed crimey. Game in hand against Leciester who are picking up points at the moment, they screw that up, makes things very intresting at the top.

QPR really deserve something from this game. They have been outstanding today.

They're playing currently like a side that's already won the title and the foots off the gas.
Whilst they may have built up a lead from earlier in the season Arsenal have got their foot firmly on the accelerator.

Rob Green really has to do better there, I understand it comes through a few players but if he extends his arm it's within his reach.

Plenty of teams play bad and pick up the spoils. I hate that "mark of champions" cliche.

Yeah QPR missed an opportunity here, a point would have been great for them.

Think Newcastle could lose every game & still be safe, given these results & fixtures remaining of these bottom sides.

Think 34 points & you're safe this season, tough in QPR but Green has made a howler there. Chelsea will be champions

Citeh not following the script. 1-0 Aguero.

Meh it wasn't a very good game. Chelsea looked a bit tired and Drogba's inability to link up together with really good pressure from QPR on Matic and Fabregas meant that Hazard and Willian rarely got the ball in good conditions. Once Oscar was on Chelsea looked a bit better but still way below their best.

QPR played a good physical game and impressively kept it up for 90 minutes. They had a great chance when Philips turned in the box but shot far too close to Courtois (in truth it wasn't that good a save). With the way Hull and Sunderland (except when playing Newcastle) seem to be playing and their run-in they may well stay up still.

Poor clearance from Green yes, but then nice little interchange from Chelsea in fairness. Really it was their one real opening and they took it. Don't think you can blame Green on the shot, he was instinctively going the other way and it was very well placed.

Bit of luck for that goal, Young controlled the second chance with his arse.

Clichy needs to be put down, just an embarrassment

To spend as much on Joe Average as City have is a travesty. Think they're too old to get into a track meet against Utd, need to slow it down a touch

Sad thing is Clichy is their best left back. Summer clearout will see the back of both of them, and the disappointing Yaya amongst others

Think the refs got that one wrong there, dangerous challenge.

In reference to Nick's 2nd place is a failure comment then its dependent on the expectations of the club.
For City to finish 2nd (or worse as it currently looks) then it would be a failure, one of which that'd result in the probable sacking of the manager. For anyone apart from City/Chelsea to get 2nd it'd be a success this season.

If we got second and won the cup it would be a failure. Cos Fergie wouldnt be happy

United have been class this half, deserved lead. Rooney is on #Flames

What has happened to Kompany? He's had the equivalent of Torres' drop in quality in such a short space of time.

Crimey wrote:What has happened to Kompany? He's had the equivalent of Torres' drop in quality in such a short space of time. 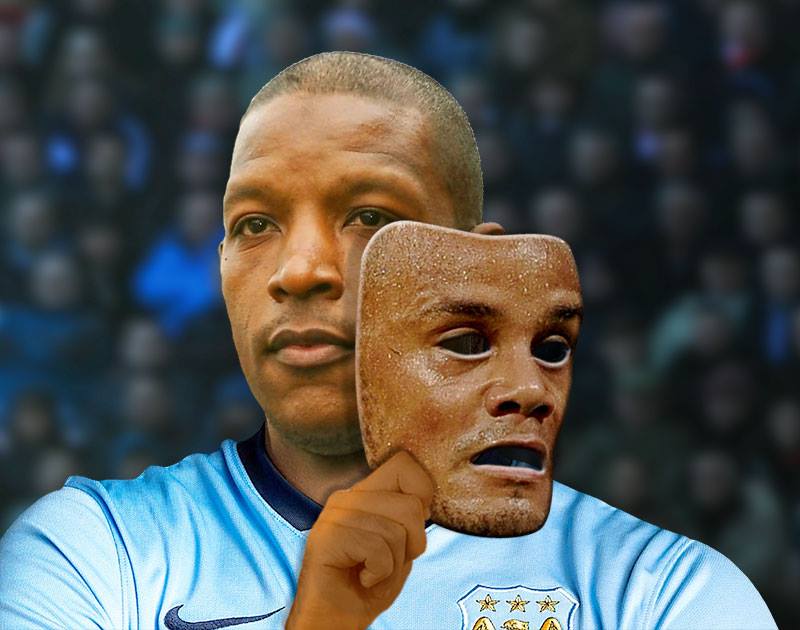 Dolphin Ziggler wrote:If we got second and won the cup it would be a failure. Cos Fergie wouldnt be happy

Ignore that ginger haired b!tch, Dolph. I'd be happy for ya

FreekShow wrote:If Liverpool won the FA Cup and finished 2nd, I'd be happy with that.

And the last time I looked Liverpool were considered a big club.

Nick, you talk some tosh.

He is right though in fairness.

I love a goalmouth scramble!

In response to Chelsea being too comfortable, I see what you mean but they always seem to be able to grind out results. They never play attractive football and never really hammer teams either every week but will find a way to get results.

If Chelsea lose their next 2, provided Arsenal win them both, the title is well on. But I can't see Chesea losing either of their next 2 games because of their style of play.

It all depends on your ambitions. City have only won two league titles in recent history. Chelsea haven't won one since 2010. 2nd plus Cup is good going. Think Chelsea need 2nd plus at least SF in Europe to constitute a decent season, but ja.

Your right kingraf. It depends on your ambitions and your circumstance. We have said that Mourinho wouldn't take 2nd place + a trophy, no because he is top of the table so obviously he wants the title to go with his League Cup.

But someone like Pellegrini would take 2nd place + a trophy now, that's for sure. Wenger would be the same because its an improvement on the league position of last season and its retaining his FA Cup trophy.

If you went back to the start of the season, I think everyone would have taken 2nd place and a trophy. Obviously, all the managers want to win the Premier League that are at the top but at the start of any season, if you said to Mourinho, LVG, Wenger, Rodgers and Pellegrini, "would you take 2nd place + a trophy by the end of the season?", I'm sure they would all say yes.

If Mourinho "only" finished 2nd and won the FA Cup, he'd hardly be "disgusted."

Nick's use of the word disgusted is severely misplaced here.

3-1 Mata. A derby day to remember for United. Been the much better side.

Nick's use of the word disgusted is severely misplaced here.

Can't stop talking about me. Bless yourself.

Even Ent has to be happy with this?

Has that just sealed the deal now for United? Looks that way. City have been well off the pace ever since United equalised and United have dominated ever since. Questions raised about whether they are coming back to power? Too soon to say right now I think.

Nick, stop being a word that rhymes with your name or you'll get a nice little sabbatical

Dolphin Ziggler wrote:Nick, stop being a word that rhymes with your name or you'll get a nice little sabbatical

Finally, a dig not intended at me.

Relationship starting to build from the ground up I sense.

Utd just have to be hungry for more. I'm calling six.

Tbh, Mata is much maligned, and rightly so, his workrate is Ozilian, but the ability to create and score at the end of the day > workrate. With that said, no matter how well he does at Utd, Chelsea were right to sell him. Simply had no use in a Mourinho team.

Will be interested to see how UTD fair next season. di Maria is second on the assist charts and he's done next to nothing, so you'd think he'll improve. Rooney has found a position for him to see out what's left of his peak. Utd need a Giroud* type striker, one who can rack up 20-odd goals, and bring everyone into play, and I think they'll get 2nd. Don't think they can challenge Chelsea yet.

*Are any of the really prolific strikers up for grabs?

'm lost for words about City. They need to shaft a few players out and they need to bring some quality in. Starting with the manager.

Do City risk sacking Pellegrini now and have a caretaker manager until the end of the season, but possibly lose fourth or wait until the end of the season but know that the manager will have lost the confidence of the fans, players and management? There's no way he's lasting beyond the summer and with the form the way it is, City look like they could really easily fall out of the top four which would be a total disaster.

They've got Rooney, Raf, hes twice the player Giroud is (and I like Giroud)

Tell you what I worry for City getting champions league. Liverpool win tomorrow night and there only 4 points behind City.

The only big name striker I can see United going after is Cavani and I think he'll cost a lot and wouldn't be worth the money.

I think they'll wait until the end of the season, then pull the trigger. They should do enough to get over the line.

The team does need a major overhaul, agree. Interesting summer ahead.

Indeed, but he's better as a roaming 10 than he is as a striker. Utd then need a striker.