Force India have started off this seasons unveiling 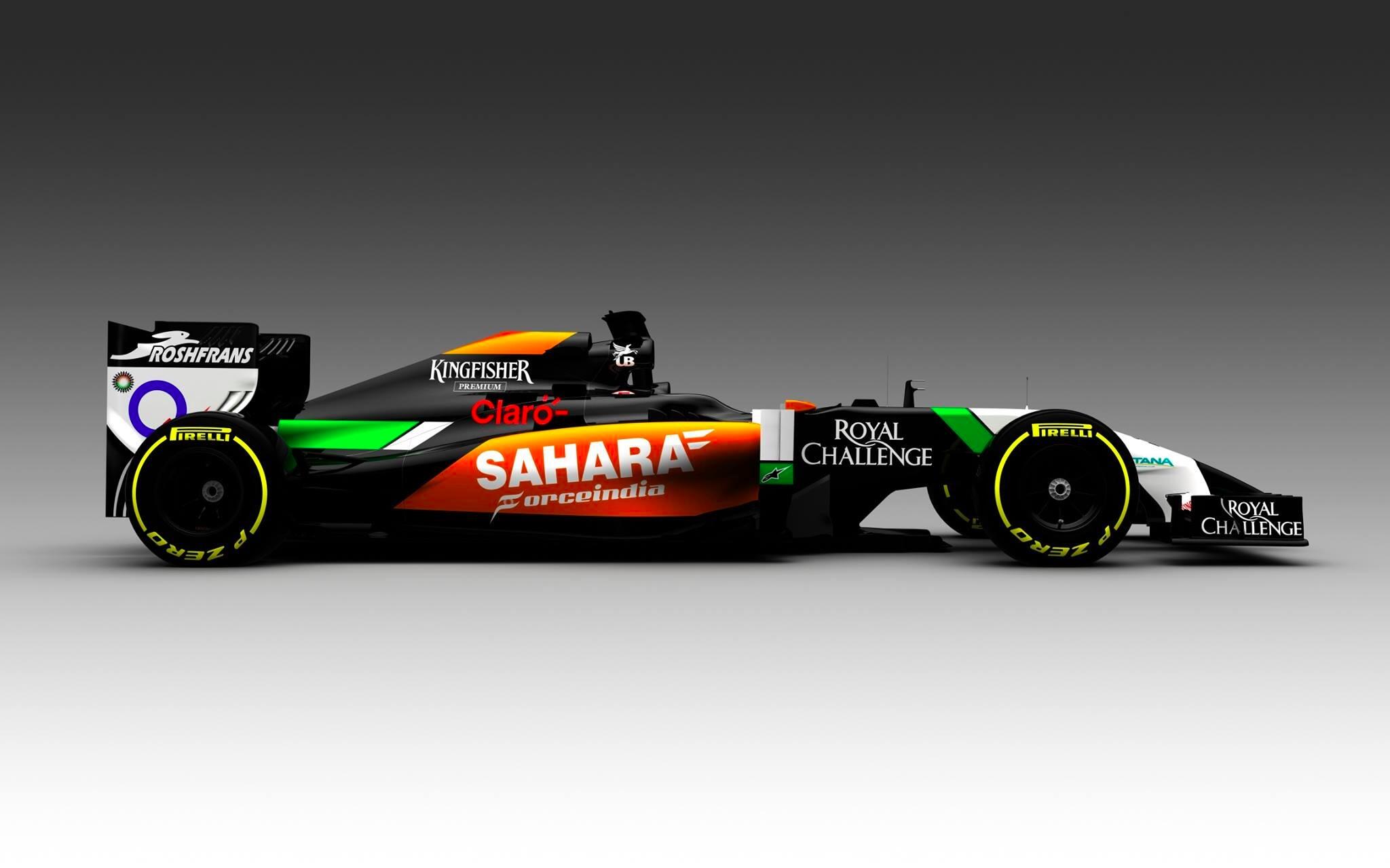 That is a sexy car imo. What with their very exciting driver partnership this year I think Force India will be my second team.

Christ that looks nice in that pic. Am looking forward to that Perez/hulk battle this year. Mercedes package too, hopefully its competitive. Apparently, FI will have a more aggressive nose to that in the release pictures.

Also, McLaren will be releasing without a title sponsor

Can't tell much from that single, side-on view...which is what FI intended.

That said its a much better profile than cars of the last few years. Looks more like the cars from 2007-08 (minus the stupid fins & winglets). Love the new colour scheme too.

Apparently the new noses will be somewhat fugly, from a front-on view, but teams tend to develop those over a season anyway, so what we see at launch won't necessarily stay on the cars for long.

Looking forward to the rest of the unveilings.

Agreed its gorgeous, the colour scheme is brilliant

John wrote:Christ that looks nice in that pic. Am looking forward to that Perez/hulk battle this year. Mercedes package too, hopefully its competitive. Apparently, FI will have a more aggressive nose to that in the release pictures.

Also, McLaren will be releasing without a title sponsor

A bit worrying they haven't managed to find someone to replace Vodafone.

Does that mean we can expect to see the drivers' names in big letters on the sidepods, (like when they raced in countries where tobacco advertising was illegal...before it was banned everywhere...)?

That would be pretty cool do you mean the way it was with Kimi?
Oh and have Marussia stated what date they will reveal the car?
Just wondering although not expecting much change.

I think the plan is to reveal mclarens new title sponsor at the car launch, no?

McLaren stated they don't have a title sponsor..

They will get one, Dennis will sort it out. Heard rumours of Sony & a possible livery colour change but nothing confirmed.

Williams have released a computer generated image of their car. Pretty sure the real version will look better with sponsors etc and hopefully some yellow. The FI looks like last years Sauber now. Not a bad thing mind

McLaren are dumping the red now Vodafone are gone arent they?

The new Williams is very similar in profile to the Force India but the nose does look quite different. Not exactly pretty, but not dreadfully ugly either. Think I'd call it "unusual" or "characterful".

Think as John said, that with RD back in charge, McLaren will probably secure a sponsor before the season starts. Negotiations might be a bit tougher after the last few years, but the team has enough history and pedigree to be worth backing.

http://www.mclaren.com/formula1/car/not sure about the nose but beautiful looking otherwise

That nose is terrible. I know they've got no sponsor on there but it's a bit plain looking. I was hoping for a livery change.

Any chance of pics since I'm stuck at work

Overall a nice design. Nose is probably the most unusual so far, but I think I'll grow used to it.

Yeah, Vodafone supplied the red parts so it wont be finished until they have a new sponsor

They may not get a new sponsor according to reports. Budget is largest ever so not short of cash. think they're hanging on to silver whilst they still have mercedes engine.

The new Mclaren looks ok but still dislike the chrome.

Oh and Lotus have revealed theirs as well. thoughts? Different style nose. 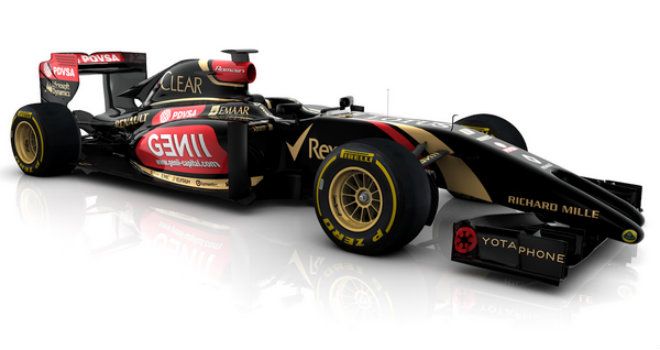 Possibly why theyre skipping the test, not give other teams an idea about how it performs

testing starts in a few days, seems like yesterday the season ended

Ferrari's turn tomorrow they won't do it on Friday's apparently bad luck. 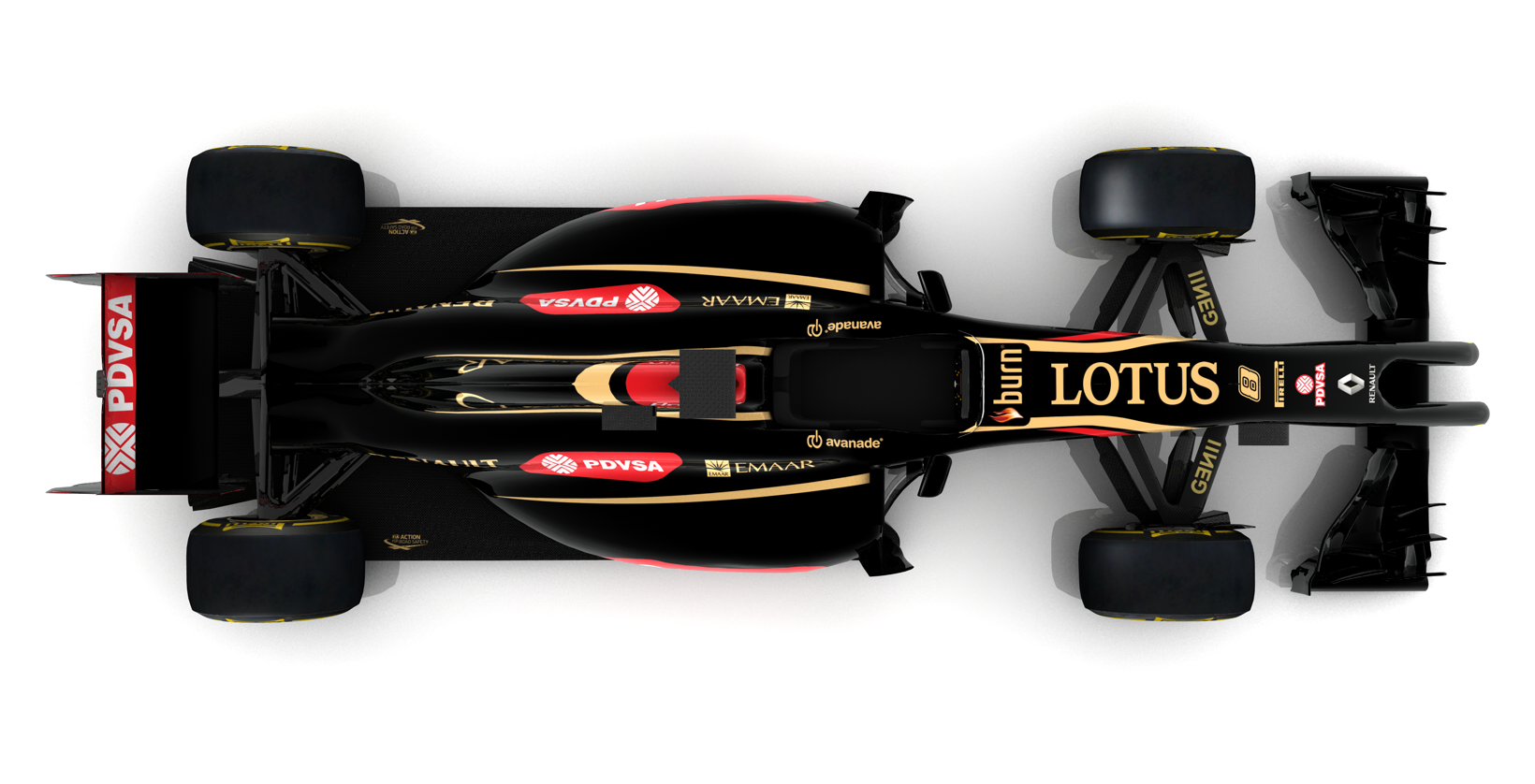 Theres a sponsor yet to come

As for Mercedes today, Nico Rosberg on twitter after driving the Mercedes' W05 at the shakedown test at Silverstone - 'Such a great feeling. Just drove my new silver arrow for the first time. It looks quick, but I don't know if it is quick yet!' - Tried to find leaked images but there's just a teaser video unfortunately

The tusks are rather interesting actually because it'll streamline the airflow to the car. so this could be the new "Double Diffuser" situation.

The tusks will be used as turning vanes to channel air, as you say, to the back of the car to produce more rear-downforce. It could be a clever concept. 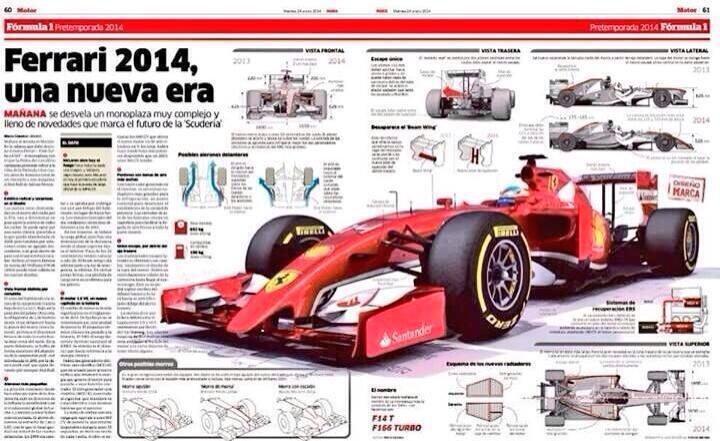 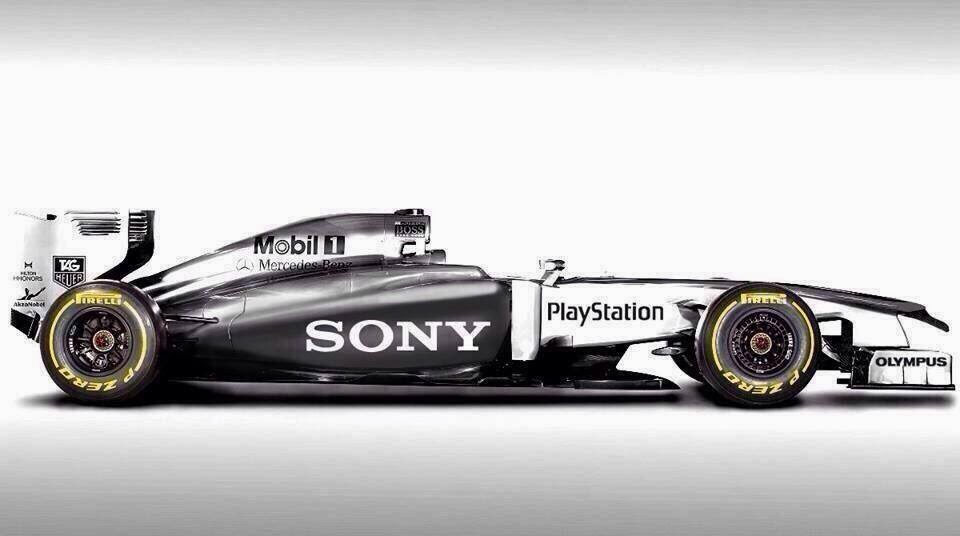 I reckon with Honda coming on board next season, I reckon getting Sony (Japanese) sponsorship would be the ideal partnership for McLaren. That's where my theory with Brawn being appointed & his previous relationship with Honda was going. Boullier seems a strange choice to me, if true.

Would look nice though Sony on that Chrome & would give great advertisement globally to the PS4. Just an idea Ron.....

The Ferrari has been revealed! Not looking too bad actually!

Nice pictures, question is whether it's fast & going to provide us with an exciting front of grid duel between Kimi/Alonso or a mid-field pointless duel between the two. Not bad looking, nose is like a vacuum but to be expected really with these regulations.

Big notable difference seems to be the nose design.

Most seem to favor the anteater, Lotus have tungs and Ferrari a very low flat nose

Ferrari looks pretty horrendous IMO...the ugliest of the reveals so far. Looks like they copied their nose from an actual anteater!

Lotus isn't bad looking generally - especially in profile, but the fork-nose is decidedly odd. Almost certainly an innovation to channel airflow to the right places.

Ferrari's anteater / truncated elephant's trunk looks more like an air scoop, to capture it and stream it, rather than just guide / deflect it. 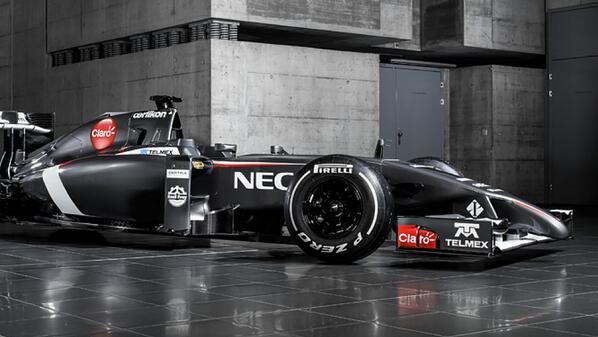 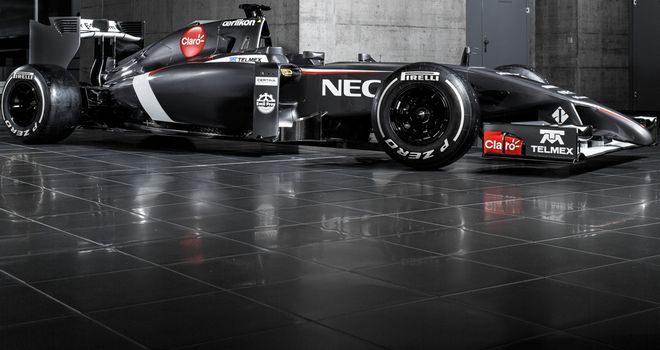 One of the better-looking noses so far, from what you can see of it. Nice clean lines generally, if a little bland.

Would be nice if they updated their livery. I thought their mainly-white, colour scheme, with blue and red highlights, during their BMW era was far better. Torro Rosso released too. Looks pretty standard from them, with what can be only described as a p*nis for a nose. 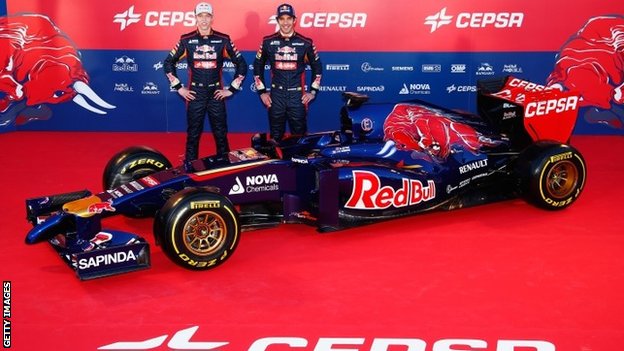 RedBull have a new livery??

Not a fan personally

I hope that isn't it looks horrid.

I agree. I liked the previous RB design

New Red Bull looks amazing! If it goes like it looks, Vettel will make it 5 in a row...

The Mercedes isn't as graceful or pretty...they seem to have gone for a more aggressive look, but its still quite eye-catching. Some debate as to whether their integrated camera mounts on the nose are legal under the new aero rules... 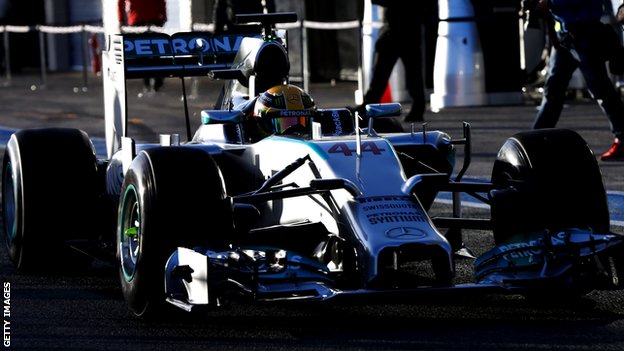 No wonder FI only showed us a side-on view of the car, that nose is ridiculous from the front. 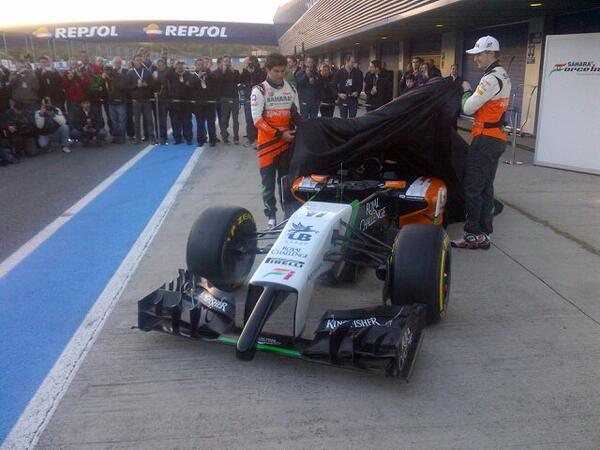