Seems a reasonable player. Anyone know anything about him?

Ah I have misunderstood. I think it was when you said it was perfectly reasonable and enjoyable. But fair enough if you agree with that. Think the main difference is you see it as inevitable and Id like to see refs continue to penalise it. After all that eh...so hogg fir the Lions.

No 7&1/2 wrote:Ah I have misunderstood. I think it was when you said it was perfectly reasonable and enjoyable.

You have. That was in relation to the ref mic.

Thought you were meaning it was reasonable for Biggar to appeal in the instance of a potentially life threatening challenge before saying the challenge to refs and hearing it was enjoyable. You're saying neither was correct. Fair enough.

I think we need to put the Lions on hold until this important point is resolved on 606v2.

We all agree the ref should be respected cyril. Nothing to see here. Go Hogg.

No 7&1/2 wrote:Thought you were meaning it was reasonable for Biggar to appeal in the instance of a potentially life threatening challenge before saying the challenge to refs and hearing it was enjoyable.  You're saying neither was correct. Fair enough.


You're doing that thing again where you're asking what I meant, I'm telling you what I meant, and yet you're still getting it wrong?

The reasonable comment was nothing to do with the ref mic it was when you were talking about potential life threatening injuries but it's ok we got there in the end...We both dislike appealing begging for cards etc but you see it as a progression into professionalism and I want to see refs stamp it out. So back to Hogg.

miaow wrote:It makes a difference because Sport is now very much a commercial business, and therefore, results matter more than ever, on and off the pitch.

The referee is no longer 'giving up his time'. The reverence in which the referee is held has changed, as has culture, which is far less authority-fearing that it was for the vast majority of amateurism, a time where our ideas of how to converse and treat officials- as players and fans- were formed.

Television cameras, replays, commentators, newspapers, all of them play a part in their dissecting of the game, and the referee's performance is just that. If we truly believed in the mantra of "what the ref sasys goes", we as fans on here would never discuss how disappointed we were at an "unfair" decision. We would never put up with a pundit critiquing a referee.

The fact is, we don't. The Sport is, and has, changed. Professionalism is a big part to do with that.

I could go on, though I'm sure you get the gist of why that has made a difference, at least.

Nope, I don't get it. There is a difference between criticising a decision made by the referee and insulting or abusing him. There is a simple level of common decency involved which professionalism doesn't/hasn't changed, as most players still refer to referees as "sir". Many professional rugby players come from well respected schools that value such things anyway. Besides, in what profession can you simply abuse someone when something doesn't go your way?

Sure, every player will have their heated moments and outbursts, which players also had in the past (being human) but the punishment for doing so is thankfully severe, acting as a nice deterrent. There also seems to be an almost unanimous negative response to players who abuse officials.

So no, I don't see what professionalism has changed in that respect. Or why the punishment for abusing officials should be lessened. There is no logic to support it whatsoever.

Nope, I don't get it. There is a difference between criticising a decision made by the referee and insulting or abusing him.

I agree. The rest of you comment is pretty irrelevant, then, at least in terms of what you think you're arguing against.

I guess that would sum up almost every one of your essays on here, but hey, at least you give it a go.

That's quite the chip you've got there.

I understand it's probably a bit embarrassing to go on a needless rant against a strawman of your own making, but maybe take a time out before you press send next time. 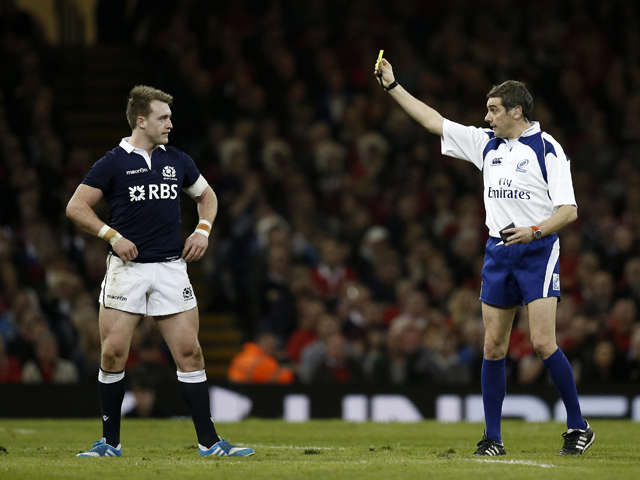 Hmm...as with the majority of your posts, I don't quite understand what you're rambling about. I don't see any rant on my part, just a reply to your point, which I happened to disagree with. If I have misunderstood your point, that is fine. I can't say I'm embarrassed if I did. It's an anonymous forum. I think I'll live.

Also, I think a yellow would have sufficed.