rugby racing and beer wrote:If anyone is in any doubt about rugby's potential growth as an international sport and how the reliance on CVC to suddenly turn rugby in to a massive game might be a fantasy, you should look no further than which companies are making the international team shirts.

There is a trend here and it's that the biggest brands don't value rugby. Under Armour cut the Wales deal short even before the pandemic.

Rugby didn't grow in the wake of 2015 as many companies clearly assumed it would, whether that was TV broadcasting, sponsorship of World Cups, or kit deals. This is why women's sport is being pushed instead: immediate and significant growth in a market that is already 'there' but can be convinced to consume 'more' with little to no investment in infrastructure or brand recognition.

At least the new Scotland kit looks good, Macron have that going for them, but most people I speak to who have experience with their club wearing Macron kit say their gear is crap and falls apart after a few washes. Not good for the fans. Wales should have tried to hold on to Under Armour even if they didn't make the nicest shirts.

I would put it differently. Rugby fans are a bit less idiotic than wendyball fans. Less of us want to buy overpriced merchandise.

Maybe but it's a different culture in Wales it's more of a status symbol to have the new shirt every time it's released. There's more of a 'wendyball' mentality in Wales particularly among those who only go to Cardiff for the internationals but wouldn't bother for a Pro14 game.

Either way it's clear that rugby isn't valued by Nike and Adidas at the moment. Adidas have Siya Kolisi narrating their most recent pro-black athlete advert. It's not that they're clueless, it's that they don't see it as vauable to invest in shirts: it's better to pick a winner in NZ, or in Argentina's case to have a presence in a country where the football team is sponsored by Adidas, than it is to invest across the sport. Or to highlight individuals, which is the American model, like Siya Kolisi who has just signed with Jay Z's agency.

So I'm not sure you're quite right about that point when it comes to Wales. The trend is quite clear: the biggest sports brands are retreating from rugby. I doubt their previous sponsorship was ever naively based on trying to imitate football shirt sales, for instance. Nike sponsored England for far too long if they've only just realised they're not making enough money from shirt sales. You have to look at the whole picture and clearly Nike and Adidas don't value rugby as a sport in the way unions do - which means smaller, far less credible brands are given the contract. Hopefully it works for the best as Umbro, Macron, Le Coq Sportif, Asics etc are a step down there's no two ways about that.

Asics may be a smaller company than Nike but they produce higher quality products, credibility isn't confined to just sales.

Possibly true in some areas, I don't think it's easy to make a blanket claim because all of these brands sell merchandise at different price points. They're certainly a better and growing brand than they were 10-15 years ago. I suppose it would be more worrying if we were seeing Rhino, Kooga, and other 'rugby' brands doing the sponsoring. At least there is still an external interest although Macron are not top drawer by any stretch of the imagination.

Cyril wrote:You have to hope that the upcoming internationals don’t get cancelled otherwise it’ll just be Waldorf and Statler here arguing about shirts until Christmas.

To be fair, at least one of them isn’t a banned user/multiple account holder returning.

There have been a few. It is believed (with good reason) by many who aren't moderators, that the poster was formerly known as Miaow/Guestalt_physicality.

Oh boy you don't even realise how luck you are.

Oh boy you don't even realise how luck you are.

Well this Beer chap is pretty interesting in his inability to explain anything he's written.

Attack the Post not the Poster. This continued attacking of posters and their supposed lack of intelligence is occurring across multiple threads by multiple users targeting multiple posters. Everyone is doing it and at times everyone is a victim.

LondonTiger wrote:With respect to Under Armour cutting their ties, not sure too much should be read into that as they are doing it across the board. As a company they are struggling a little having overpaid for a number of team associations (noting that UCLA are suing them for terminating 15 year $280m deal). They are currently restructuring - cutting 600 jobs and ending some shop leases.

I do think though that there is a valid point about just how attractive Rugby is to sponsors (plus TV companies etc).

Rugby is hugely attractive to sponsors, but not so attractive to the volume brands of sports manufacturers, for the reasons shown above.

Yeah I find it rather odd to argue that rugby isn't attractive to sponsors when this deal is worth more for less than the previous one was.

I just think what we are seeing is the the biggest companies aren't willing to pay as much in to get this as small to medium sized companies are.

Its a great bit of business for Wales in the given climate, quite frankly its astonishing a company is making this kind of investment given theres no garauntee of international rugby returning on a global basis in the next 12 months.

There's not much danger of international rugby not going ahead - games will still be played, they'll be on TV, people are ordering more online than ever before so shirt sales shouldn't be overly affected and kids are still going to school so will want the new kit.

rugby racing and beer wrote:There's not much danger of international rugby not going ahead - games will still be played, they'll be on TV, people are ordering more online than ever before so shirt sales shouldn't be overly affected and kids are still going to school so will want the new kit.

rugby racing and beer wrote:There's not much danger of international rugby not going ahead - games will still be played, they'll be on TV, people are ordering more online than ever before so shirt sales shouldn't be overly affected and kids are still going to school so will want the new kit.

Yes, sorry, I misspoke - LOL. Mixed my words up. Of course, £30m in 2011 is a lot 'more' in real terms, that's what I meant and why this deal isn't a particularly good one (it's not bad either, just shows the slow down in rugby). 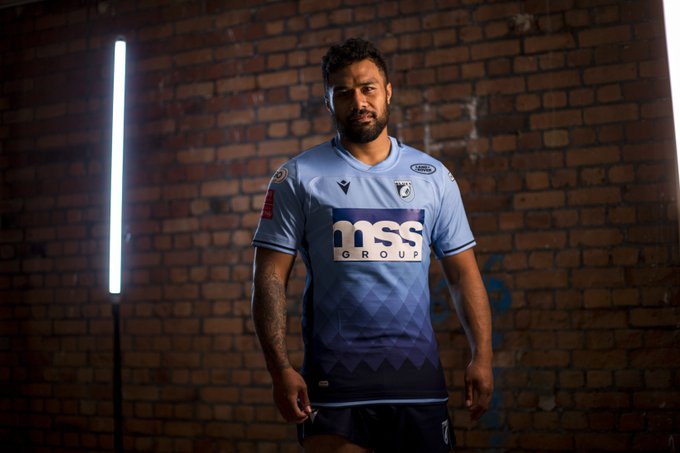 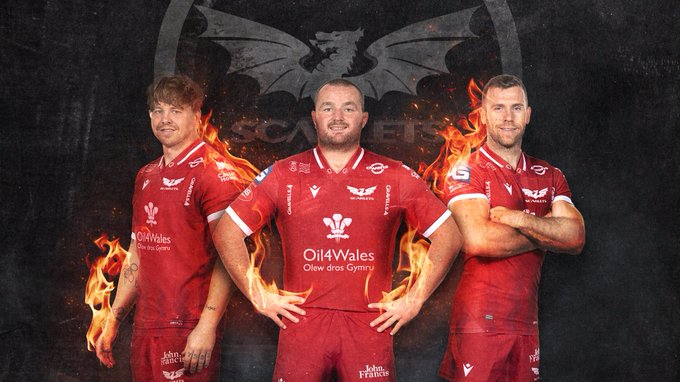 That’s a concept shirt. Not bad if it is similar to that though.

To be fair to Macron, the training stuff is pretty decent albeit it seems pretty pricey.

PhilBB wrote:Always worth remembering, of course, Nike's long term deal with Toulouse, deal with Saracens, Adidas involved in Leinster and Munster.... so the deals are there at club level. The volume simply isn't there for rugby at international level.

Which age group is the largest purchasers of sports wear? https://www.statista.com/statistics/231413/people-who-bought-sports-equipment-in-the-last-12-months-usa/

Some great links and research there PhilBB. You are definitely correct on the bigger brands still being at the club level. I wonder is it a bit of the ease to sell a club jersey outside of it's territory. How many Irish people would buy an England jersey, then how many might buy a London Irish or Quins jersey, can have a favourite Top14 side we follow and might pick up their jersey. Whereas a Messi Argentina jersey or a Neymar Brazil shirt. Those are all over the world. Dan Carter was the closest to becoming that kind of level (level isn't the right word in terms of scale, but in terms of getting to level of recognition that attracted casual observers in becoming followers), where 'he' could sell a jersey in other countries.

Love the new kit, better than anything Under Armour produced. 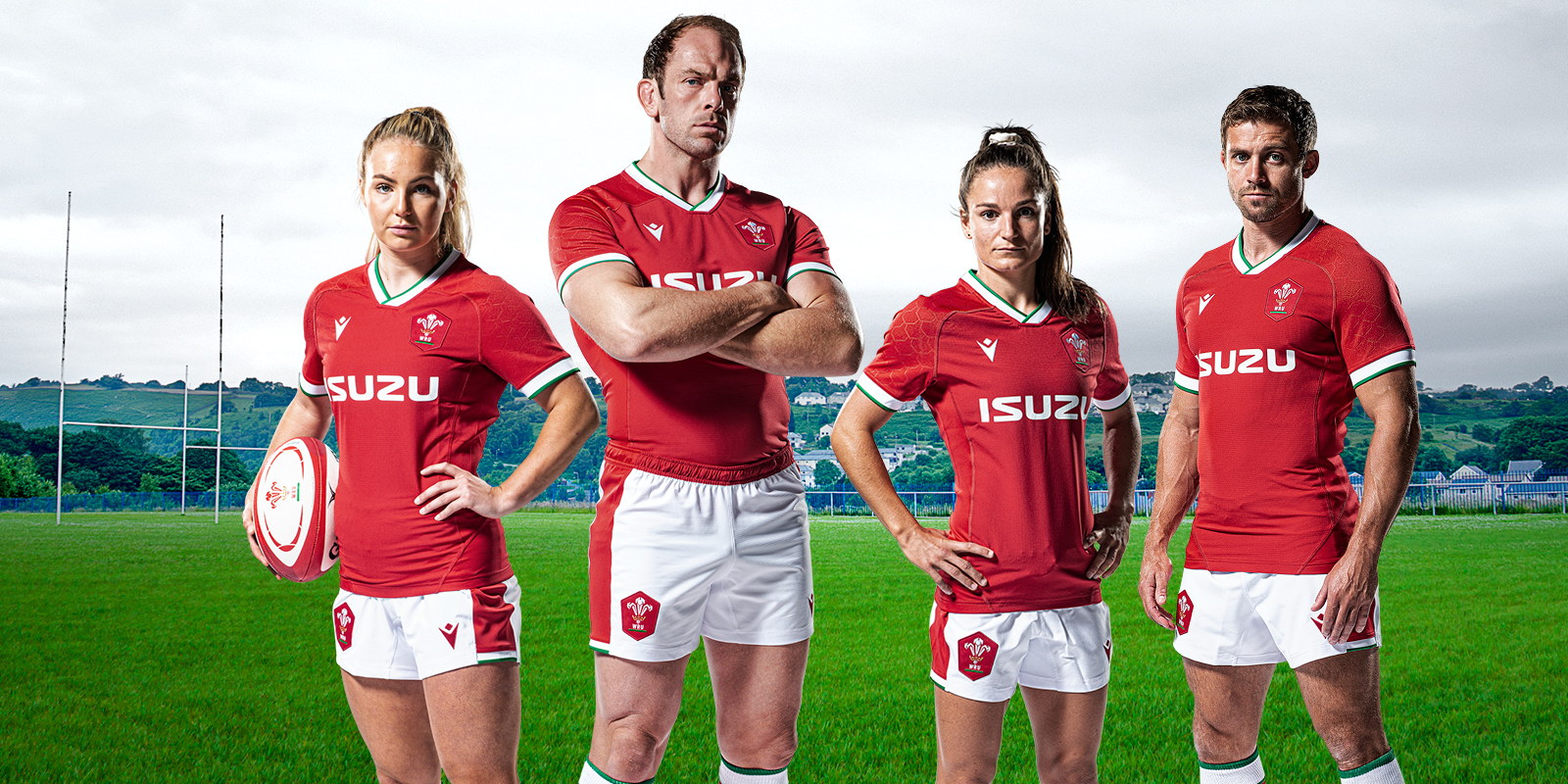 rugby racing and beer wrote:Love the new kit, better than anything Under Armour produced.

Going for the "expat Scousers living along the North Wales coast" market ?

Seeing as I love the LFC kit, it would be hypocritical to say that I dislike the Wales one. Actually pretty impressed with the green one too, to be honest.

I will reserve judgement until I get back home and try some stuff on (to see if there are sizing issues), but thus far it seems that there is little to be concerned about with Macron.

Green? Looks black to me, and a great one at that. NZ don't have a monopoly on black and it's better than the crap light grey or navy blue change kit Wales have had. Neither are Welsh kits. We can't play in white, we shouldn't really play in green or blue, and the All Blacks stole their strip from Wales. I'd prefer a black and yellow shirt, or yellow and red, because it's more Welsh but black makes sense.

I didn't look at it properly and just saw somebody comment on the green kit we previously had, so assumed it was green.

It certainly is black

Not fussed on either tbh.

I though Englands was bad.

I thought Black kits were the property of the All Blacks only, anyone else wearing black is being disrespectful!

TightHEAD wrote:I thought Black kits were the property of the All Blacks only, anyone else wearing black is being disrespectful!

Someone needs to tell Exeter, Wasps, and Newcastle.

It's interesting to note that Wales never wore their green away kit. Given it's usually the done thing to keep the sponsor happy, even when the kits don't clash i.e. during one of the group games and perhaps a world cup warm up game, I wonder if the players had a say in stopping them playing in what was basically an Ireland jersey. I'm glad they did tbh. It was a poor decision to make a Welsh kit that was the colour of their rival. Likewise there should never be a white Wales shirt ever again. Black will probably rile to Kiwis but who cares, we had it first.

rugby racing and beer wrote:Love the new kit, better than anything Under Armour produced.

I don't think they fit very well judging by the miserable look on their faces.

Are you saying those women should smile?