The Westerners are gettin uppity after Ulster

The Westerners are gettin uppity after Ulster 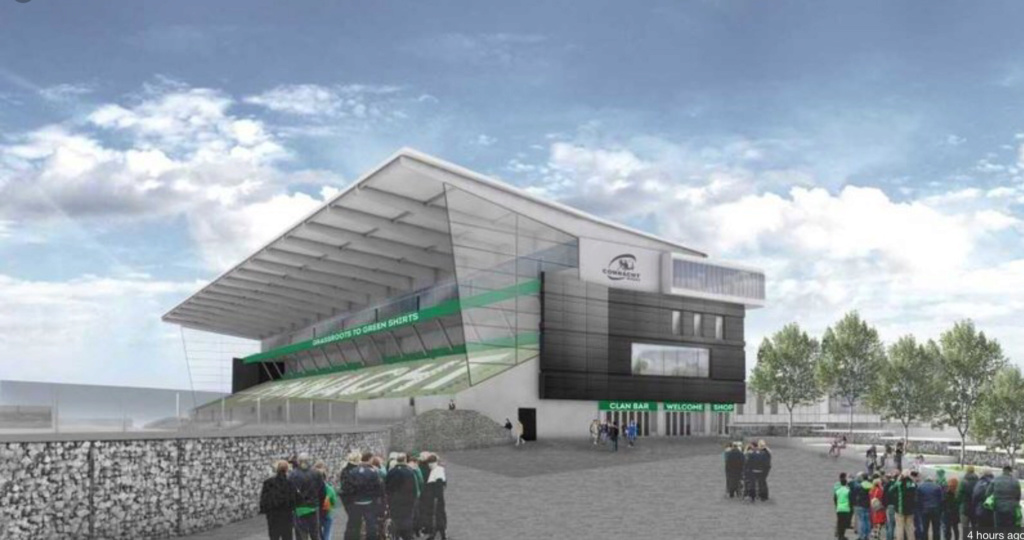 Fresh from their victory after nearly 60 years in Ravenhill at the weekend, the Connacht boys are at it again.

The victory has gone to their heads and they’ve now decided to build a bigger stadium after beating Ulster.

“Everyone was going mad after the game, and we took ourselves off to The Crooked Harp for a few pints, and you know how these things go, it got madder and madder, and at some point, someone said, I think it was Mick Galwey, or it might have been poor Eddie O, you know what we need now, a bigger stadium, I’ve had enough of those dogs.    There was a loud roar at that, and I knew he was right.   So the next morning I got onto a few lads and asked them to put together a few pictures and few sums and here we are”, said Wilty Rooanne, Head of the Westerners.

The new Sportsground will be on the old Sportsground but with two new stands, an all-weather pitch, an indoor training pitch, high-performance Centre, a new dog track, and a shower for the refs.   Wind will still be allowed blow balls back through the posts, confirmed Rooanne.

If that doesn’t bate Banagher, nothing will.  Let’s hope Leo says yes.

Thing I have loved most in recent years when Connacht players play well they get talked about potential Ireland squads rather than potential Munster/Leinster squads.

While I was sad to see coaches sacked after one year it shows that not being in the running for the CC is not acceptable for Connacht. Fans have been growing too. Really Ireland is only going to be strong with 4 players in each position which means we need all teams.

Will Connacht Rugby take over the grounds from the hounds? The hounds have had a rough few years, I doubt they'd be in a decent enough financial position to act as a primary player in a €30m venture.

thebandwagonsociety wrote:Will Connacht Rugby take over the grounds from the hounds? The hounds have had a rough few years, I doubt they'd be in a decent enough financial position to act as a primary player in a €30m venture.

It will stay as is, though the improved facilities for the team won't be dog friendly