Don't want to turn this rugby forum into Cancer Watch, but Meads is one of the greats of the game.

Sir Colin Meads' battle with pancreatic cancer is terminal, family have confirmed. The legendary lock, who turned 80 in June, was this week diagnosed with the disease after six months of ill-health.

My father in law has just recently died of this. Horrible,horrible disease.

It has occurred to me that lots of youngfellers on these boards won't know who the Pinetree is or what he was like as a player. If that's you, can I urge you to spend a little time researching him as he was one of the all time great lock forwards. He was absolutely terrifying to play against - just a completely different physical specimen to almost everyone around him.

I wish him all the best. A part of me curses these instant news cycles - they never let your heroes just be and fade into infinity as legends. Instead, we need to know all of the details of being humans instead. Don't get me wrong - he needs and deserves the public to support him (and as a national hero in NZ, he will receive a tsunami of good wishes) - but selfishly part of me wishes that I didn't know he was ill.

Maybe that makes me strange or selfish. Dunno, it's too early in the morning here.

Very sad news and a horrible disease... Reading the article through, his son has refused to confirm that the diagnosis is terminal and there's a lot of talk of him fighting it, so we can hope for a recovery.

Poorfour wrote:Very sad news and a horrible disease... Reading the article through, his son has refused to confirm that the diagnosis is terminal and there's a lot of talk of him fighting it, so we can hope for a recovery.

Unfortunately, unless its caught very early, with pancreatic cancer its a question of when rather than if. I am sure there will be a magic bullet for it one day but not yet. It is not always that quick and can be managed to a degree but it is brutal.

Me and Sir Colin a few months ago.  A great fighter and my ultimate rugby hero.  Kia kaha Sir Colin. His Ca is not Terminal. 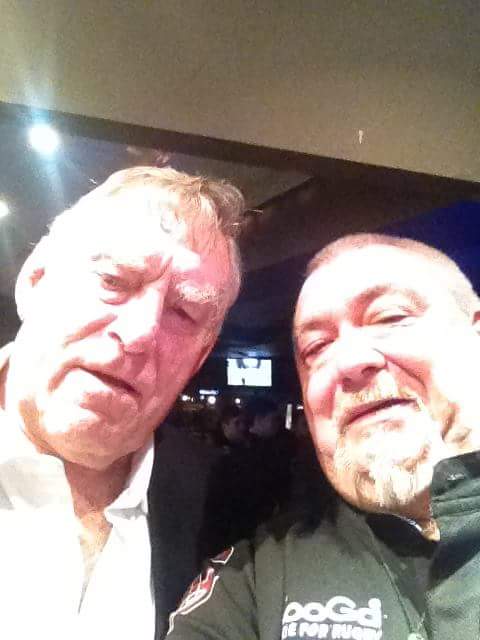 Lovely photo and horrible news. I hope his passing is as painless as it possibly can be.