Form - Both teams not exactly setting the heather alight

Last season this is the game that Cockers referred to as a game we should have won and was a turning point.  I really hope the team have learnt the lessons and get the win.  Edinburgh need to start getting some points on the board, I can't be doing with Jimbo taking the piss anymore about Edinburgh being the worst team in the league.

RDW - I only have vague memories so it could have been an edinburgh game but he came on as a sub, immediately gave away a really stupid penalty which led to the opposition scoring.

This game his penalties led directly to two benneton tries and to our scrum getting pummelled after he went off.  could easily have cost us the game.

Pulling down a maul is stupid and pointless.  they still get the score and we are now a man short.

His in at the side in particular was so obvious.

I would take Gilchrist over Swinson (the real penalty machine) any day of the week.

I disagree that Gilchrist is the most physical lock available to Scotland, imo it is Jonny Gray.

Still - its nice to have choice isn't it!

I thought Gilco was fine on Fri night, he gets through a lot of work that's not always picked up on camera. Not his best game, but in no way worthy of the hate being thrown his way.

However the biggest talking point is Hickey.
The man is tiny! He's probably the smallest pro rugby player I have ever seen. Which if you consider we had weir last season and darcy Graham is quite a statement. I hadn't noticed it until Fri, but he's very short. Wiki has him down as 5.9/5.10 but that can't be right.

gilcrest gave awaythreepens two of which led directly to a Benneton try and got a yellow card which led to our scrum getting mashed.  He made 8 tackles and carried for 10m

I just do not see what he does that is worth the constant flow of penalties.  Every time I have seen him play for club or country I see the same.  Stupid blatent penalties and anonymous around the park.  However the coaches clearly disagree ;-)

I don't believe Wiki for one minute that Hickey is 5.9.  I mean I realise perspective will play a part because Edinburgh have a tall team, but he looks like a child.  If I didn't know better I'd say one of the pre match mascots jumped Hickey before the game, and took his place in the side.

Darcy Graham was warming up in front of where I was standing and I swear he's bigger than Hickey (again I am aware of perspective).

Anyway sorry it just caught me off guard how small he is.

On Gilco - He made 10 tackles and missed none, he made one tackle less than the highest Edinburgh player (Watson with 11), so not really a stick to beat him with.

In terms of carries, he carried double the amount his partner at lock did (Toolis carried 5m), Scotland's best lock J. Gray made 8 metres against Dragons (and 7 tackles), so based on those stats, he was our top performing lock this weekend (if you look at the criteria you set).

In terms of Discipline, Kebble also gave away 3 pens in the Glasgow game and was named man of the match.  Granted he didn't get a yellow card, but he committed the same number of offenses.

I'm not Gilco's biggest fan, as I don't think he uses his size to break tackles, but he's a good lock and rarely lets his club or Scotland down. Wasn't his best weekend this week, but from a defensive point of view there were a number of poor performers in the Edinburgh team 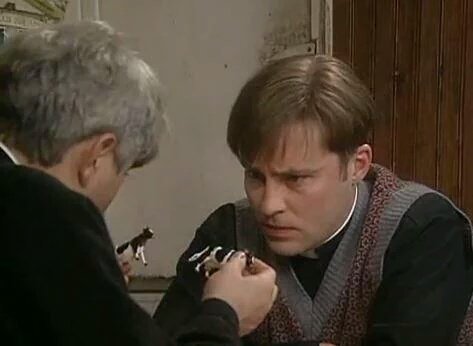 Hickey is small but it doesn't seem to affect him - his defence is fine and he's got good pace to try and get through gaps. I'm yet to see him smashed on the pitch.

He has had a good start to life at Edinburgh - he's a fantastic goal kicker and looks like he's good a good all round game. He just needs more gametime to get used to the Pro 14 and the rest of his players.

oh I'm not saying his size is hindering him, or causing us issues, it was just surprising.